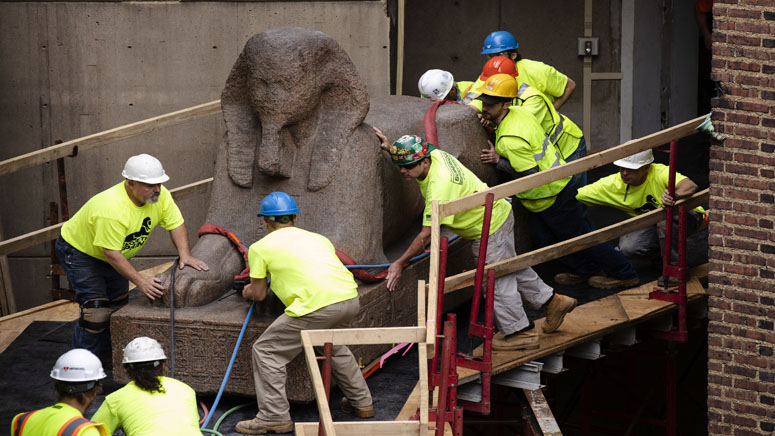 Workers move a 25,000-pound Sphinx of Ramses II at the Penn Museum in Philadelphia, Wednesday, June 12, 2019. The 3,000-year-old sphinx is being relocated from the Egypt Gallery where it's resided since 1926 to a featured location in the museum's new entrance hall. (AP Photo/Matt Rourke)
Associated Press

PHILADELPHIA (AP) — The largest sphinx in the Western Hemisphere was on the prowl Wednesday for the first time in nearly 100 years.

Museum officials used air dollies to move the statue up a specially constructed ramp and through a series of doorways, windows, hairpin turns and tight squeezes.

Museum director Julian Siggers says the sphinx has been the museum’s unofficial mascot for a long time, and its new location will put it “front and center.”