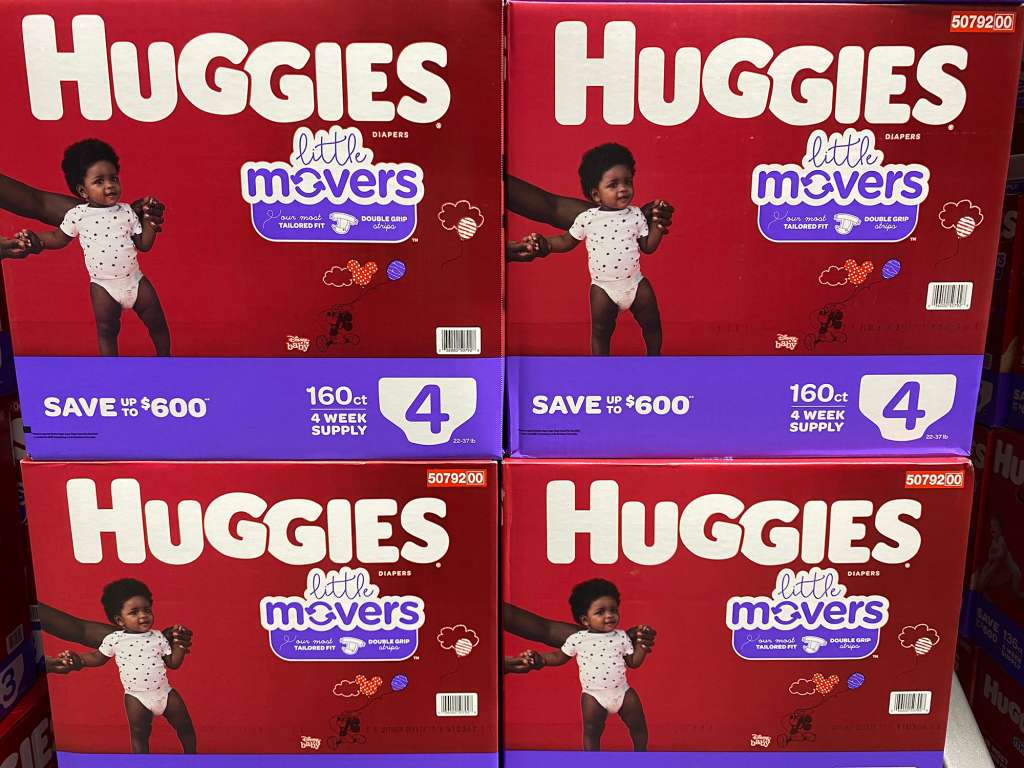 Kimberly-Clark, the maker of Huggies diapers, said on March 31 that it's notifying retail customers in the United States and Canada that it will increase prices on some products by mid-to-high single-digit percentages in June. (Photo: Shutterstock)
CNN

Kimberly-Clark, the maker of such products, said Wednesday that it’s notifying retail customers in the United States and Canada that it will increase prices on some products by mid-to-high single-digit percentages in June. The increases “are necessary to help offset significant commodity cost inflation,” Kimberly-Clark said.

Kimberly-Clark sells its goods to retailers like Walmart, Target, Costco, Amazon and others, and chains can either absorb the higher prices Kimberly-Clark plans to charge or pass them off to consumers.

Kimberly-Clark does not disclose who its largest retail customer is, but said in a recent filing that Walmart accounted for 15% of sales last year. Walmart and Amazon did not immediately respond to requests for comment on how they would respond to Kimberly-Clark’s move. Costco and Target declined to comment.

Kevin Grundy, an analyst at Jefferies, expects that retailers will raise prices for consumers on the shelves in response. Grundy also predicts that Kimberly-Clark’s rivals, such as Procter & Gamble, will follow suit by raising prices on their retail customers.

Kimberly-Clark and other consumer manufacturers have benefited from increased demand for toilet paper, paper towels and other household staples during the pandemic. The company’s sales increased 4% last year to $19.1 billion from the year prior.

The company said in January that it was expecting up to $600 million in additional commodity costs in 2021 compared with last year.

Costs are rising for many retail and consumer goods’ companies as result of increased consumer demand and strains within the global supply chain.

General Mills, which makes cereals like Cheerios, said last week that it was facing higher freight and supply chain costs.

“There are higher costs to operate in this higher demand environment,” CFO Kofi Bruce said on a call with analysts.