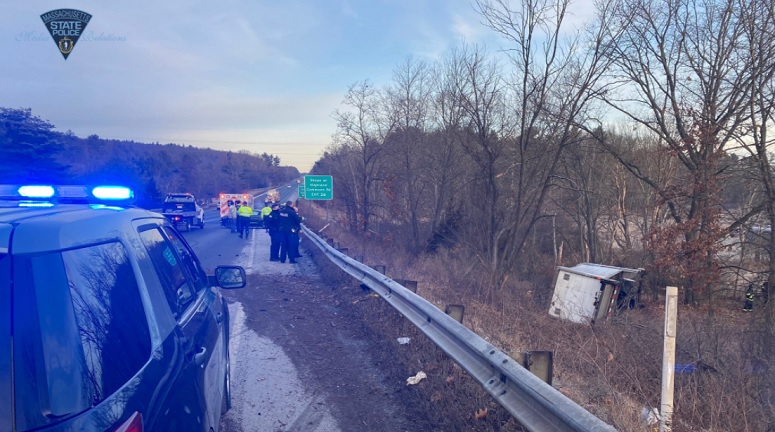 MARLBOROUGH, MASS. (WHDH) - State police are investigating a crash that sent a box truck down an embankment on Interstate 495 northbound in Marlborough on Monday morning.

Troopers responding to a reported crash on the highway just north of exit 25 found a box truck on its side on an embankment.

Another car stopped in the right and breakdown lanes appeared to have sustained damage to its passenger side.

The right lane was temporarily closed as crews worked to clear the scene.

#MAtraffic update: All lanes are open on I-495 NB. Scene from highway is clear. Traffic should clear out shortly. Truck recovery being done from roadway adjacent to highway. https://t.co/mawmJixeop