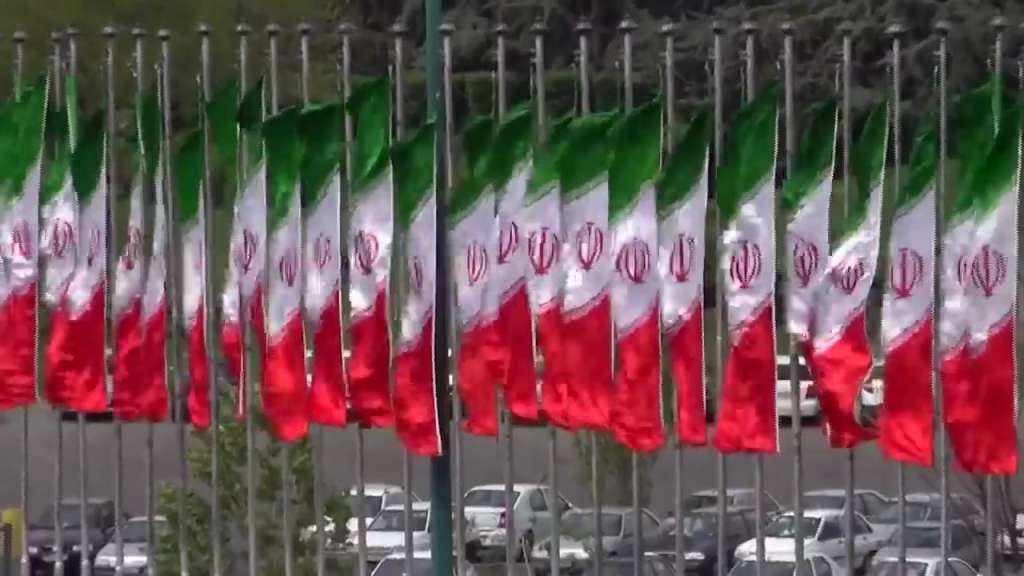 The move appeared to be a new pressure technique just before the International Atomic Energy Agency’s board of governors, meeting in Vienna, approved a resolution to criticize Iran put forward by Western nations. The censure deals with what the watchdog refers to as Iran’s failure to provide “credible information” over nuclear material found at undeclared sites across the country.

But Iran’s latest move, announced by state television, makes it even more difficult for inspectors to monitor Tehran’s nuclear program. Nonproliferation experts have warned Iran now has enough uranium enriched close to weapons-grade levels to pursue an atomic bomb if it chooses to do so.

The state TV report, later repeated by other Iranian media, said authorities deactivated the “beyond-safeguards cameras of the measuring Online Enrichment Monitor … and flowmeter.” That apparently refers to the IAEA’s online monitors that watch the enrichment of uranium gas through piping at enrichment facilities.

In 2016, the IAEA said it installed the device for the first time in Iran’s underground Natanz nuclear facility, its main enrichment site, located some 200 kilometers (125 miles) south of the capital, Tehran. The device allowed for “around-the-clock monitoring” of the facility’s cascades, a series of centrifuges hooked together to rapidly spin uranium gas to enrich it.

“Traditional methods of sampling and analysis can take three weeks or longer, mostly because of the time it takes to ship the sample from Iran to the IAEA’s laboratories in Austria,” the agency said at the time.

Iran is also enriching uranium at its underground Fordo facility, though the IAEA is not known to have installed these devices there.

“The Islamic Republic of Iran has so far had extensive cooperation with the International Atomic Energy Agency,” state TV said in its report Wednesday. “Unfortunately, the agency, without considering this cooperation … not only did not appreciate this cooperation, but also considered it a duty of Iran.”

Tehran said its civilian nuclear arm, the Atomic Energy Organization of Iran, monitored the shutdown of the cameras. It said 80% of the existing cameras are IAEA “safeguard” cameras and they will continue to operate as before. Safeguards refer to the IAEA’s inspections and monitoring of a country’s nuclear program.

However, an Iranian official warned IAEA officials that Tehran was now considering taking “other measures” as well.

“We hope that they come to their senses and respond to Iran’s cooperation with cooperation,” said Behrouz Kamalvandi, a spokesman for the Atomic Energy Organization of Iran. “It is not acceptable that they show inappropriate behavior while Iran continues to cooperate.”

U.S. Ambassador Laura S.H. Holgate identified the Iranian sites in comments Wednesday to the IAEA’s board as Marivan, Turquzabad and Varamin. Iran has denied carrying out nuclear work at these locations.

Holgate urged Iran to cooperate with U.N. inspectors and said that moving forward with the censure would “hold Iran accountable.”

“Restricting IAEA access and attempts to paint the IAEA as politicized for simply doing its job will serve no purpose,” she said.

Iran already has been holding footage from IAEA surveillance cameras since February 2021 as a pressure tactic to restore the atomic accord.

Iran and world powers agreed in 2015 to the nuclear deal, which saw Tehran drastically limit its enrichment of uranium in exchange for the lifting of economic sanctions. In 2018, then-President Donald Trump unilaterally withdrew America from the accord, raising tensions across the wider Middle East and sparking a series of attacks and incidents.

Talks in Vienna over Iran’s tattered nuclear deal have been stalled since April. Since the deal’s collapse, Iran runs advanced centrifuges and has a rapidly growing stockpile of enriched uranium. Nonproliferation experts warn Iran has enriched enough up to 60% purity — a short technical step from weapons-grade levels of 90% — to make one nuclear weapon should it decide to do so.

Iran insists its program is for peaceful purposes, though U.N. experts and Western intelligence agencies say Iran had an organized military nuclear program through 2003.

Building a nuclear bomb would still take Iran more time if it pursued a weapon, analysts say, though they warn Tehran’s advances make the program more dangerous. Israel has threatened in the past that it would carry out a preemptive strike to stop Iran — and already is suspected in a series of recent killings targeting Iranian officials.

In a statement Tuesday to the IAEA, France, Germany and the United Kingdom warned the moves taken by Tehran are “further reducing the time Iran would take to break out towards a first nuclear weapon and it is fueling distrust as to Iran’s intentions.”

“The IAEA has been without crucial access to data on centrifuge and component manufacturing for a year and half now,” the statement warned. “This means that neither the agency, nor the international community, know how many centrifuges Iran has in its inventory, how many were built, and where they may be located.”

The countries urged Iran “to stop escalating its nuclear program and to urgently conclude (the) deal that is on the table.”

But just before the camera announcement, the head of Iran’s nuclear organization insisted the country has no secret nuclear activity and accused the West of making a “political move” by trying to censure Iran.

”Iran has had maximum cooperation with the IAEA,” said Mohammad Eslami, according to the state-run IRNA news agency.

The censure resolution at the IAEA meeting in Vienna, sponsored by Germany, France, the U.K. and U.S., passed with the support of 30 of 35 governors. Russia and China voted against, Russian ambassador Mikhail Ulyanov wrote on Twitter. India, Libya and Pakistan abstained.