Is ‘Defund the Police’ a massive political mistake? 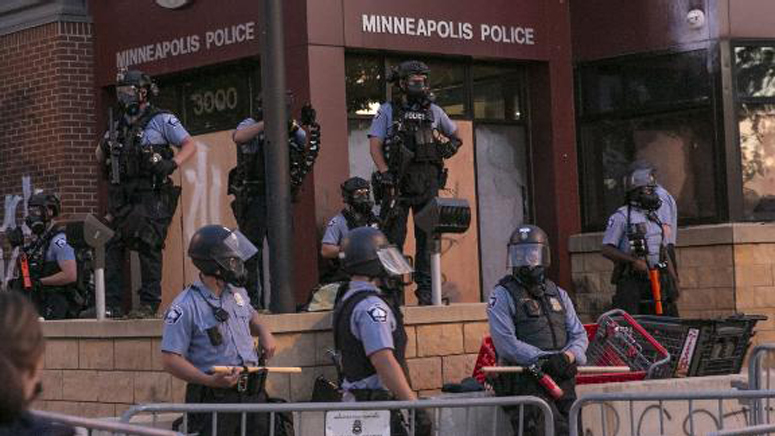 (CNN) — On Friday, DC Mayor Muriel Bowser had a massive mural reading “Black Lives Matter” in block yellow lettering painted on 16th Street near the White House. The next day, activists painted another message — in that exact same yellow lettering — on the same street. It read: “Defund the Police.”

Amid the ongoing protests in the wake of the death of George Floyd, calls to defund the police have grown increasingly loud — particularly among the activists who are taking to the streets to urge politicians to act.

And in several places, governments are acting.

And also on Sunday, New York City Mayor Bill de Blasio announced a plan to repurpose some money for law enforcement to other avenues. He tweeted:

“This morning we committed to move resources from the NYPD to youth and social services as part of our City’s budget.

“Our young people need to be reached, not policed.

“We can do this AND keep our city safe.”

While those moves are unlikely to impact the political futures of either de Blasio or the Minneapolis City Council members — both are in strongly liberal enclaves — the push for defunding the police following Floyd’s death carries massive political risk for Democrats more broadly.

“LAW & ORDER, NOT DEFUND AND ABOLISH THE POLICE,” he tweeted. “The Radical Left Democrats have gone Crazy!”

“Not only will Sleepy Joe Biden DEFUND THE POLICE, but he will DEFUND OUR MILITARY! He has no choice, the Dems are controlled by the Radical Left.”

Or again, on Sunday:

And Trump’s 2020 campaign has rapidly picked up on the message.

“The ‘Defund the Police’ movement is growing in Joe Biden’s party and he is forced to own it,” said Trump spokesman Tim Murtaugh. “Police organizations have noticed that Biden has abandoned them as he moved far to the left to appease the most radical elements in his party.”

“You have to look at that on a case-by-case basis,” said New York Rep. Hakeem Jeffries, the fourth-ranking House Democrat, on CNN Sunday when asked whether he backed defunding the police in New York state.

Congressional Black Caucus chairwoman Rep. Karen Bass was similarly skeptical in an interview Sunday with CNN’s Jake Tapper. “I don’t believe that you should disband police departments,” the California Democrat said. “We need to look at how we are spending the resources and invest more in our communities.”

Bass’s quote gets at the heart of the political problem for Democrats in the “defund” effort. While crowds around the country are chanting “Defund the Police!” — and while some activists are writing it on a city street in Washington — it is likely that what most people involved in these protests want is not to take all money away from police departments and get rid of cops. Rather, they want an examination of the budgets for police departments and a look at the increased militarization of local law enforcement.

Their argument, then, is not necessarily that we don’t need police officers. It’s, how we can best ensure that police officers are serving the communities they are tasked with policing?

But that subtlety is lost in chants of “Defund the Police.” And Trump, desperate for an issue to latch onto as he watches his poll numbers both nationally and in swing states tumble, will destroy any nuance in the conversation over police funding in order to paint Biden (and Democrats more broadly) as wanting to get rid of the police entirely.

Which, on its face, seems a clear political loser. Gallup’s annual poll on trust in institutions has shown only three with majority support throughout the 20-plus years they have been asking the questions: military, small business and the police. In 2019, 53% said they had a “great deal” or “quite a lot” of confidence in the police, according to Gallup.

Now obviously, the current events may well have impacted those numbers. We don’t have any polling data — yet — on trust in the police in the wake of these protests, or whether people would support efforts to defund the police. But if history is a guide, that is not a push that would enjoy support from a majority of the country.

The political problem for Democrats is this: They are now being backed into a corner by activists who are demanding radical change. But it’s not at all clear that a majority of the country supports a policy that would defund the police. Democratic leaders need to change the conversation to be about reforming police departments and re-allocating some resources for more community building and less militarization.

If they can’t, the call to “Defund the Police” will continue to be music to Trump’s ears.