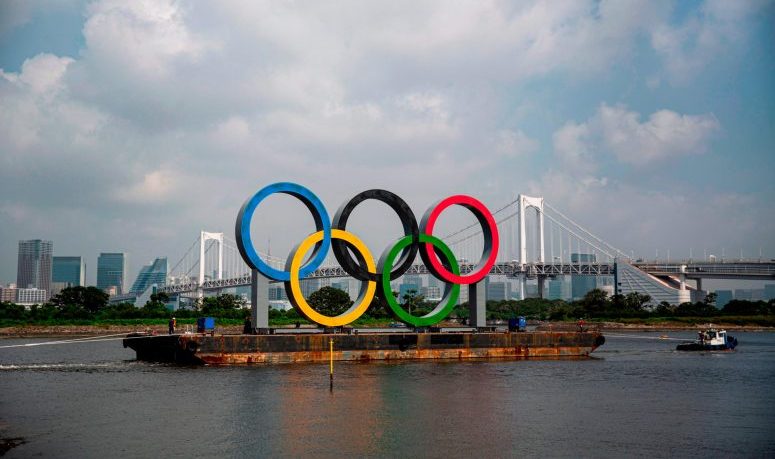 UNITED NATIONS (AP) — At a U.N. General Assembly meeting packed with global gloom, Japan’s outgoing leader highlighted what he cast as a moment of inspiration: the Tokyo Olympics, controversially held in the middle of the coronavirus pandemic.

“While humanity has been faced with immeasurable hardships, the Tokyo 2020 Games proved to be a symbol of global unity among people around the world,” Prime Minister Yoshihide Suga said as he began his speech Thursday.

After the Games were delayed from their original 2020 date because of the pandemic, Japan deliberated for months about whether to hold them at all. Suga and the International Olympic Committee ultimately decided the Games would go on with extremely strict virus safety protocols.

The requirements included multiple tests for all Olympic visitors before arrival and tests and soft quarantine upon arrival. Most events and venues were spectatorless, and travel was heavily regulated.

Still, many Japanese objected to holding the event at a time when the country’s virus outbreak was worsening. There were protests as the Games approached, but opposition softened after they began and residents got engaged in following — on TV — a competition that ended with a record 58 medals for Japan, including 27 gold.

Infections inside the so-called “Olympic bubble” ultimately were kept to a few hundred. But outside it, surging coronavirus cases produced several declarations of states of emergency around the country as the Games unfolded.

“While there were various views about holding the Games this summer, we, as the host country of the Games, fulfilled our responsibilities and achieved what we set out to do,” Suga said. He commended the athletes for giving “hopes and dreams to everyone across the globe.”

Suga is stepping down when his term ends at the conclusion of this month. He saw support for his government plunge because of his handling of the virus.

He has served only a year after taking over from predecessor Shinzo Abe.