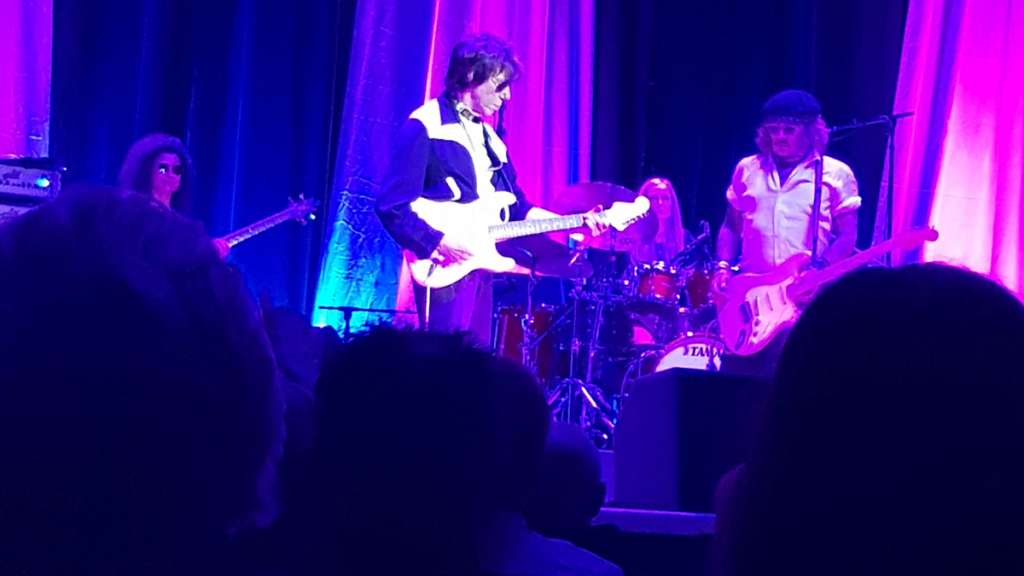 Actor Johnny Depp joins musician Jeff Beck on stage during a concert, in Sheffield, Britain May 29, 2022 in this picture obtained by Reuters from social media on May 30, 2022. P. Donovan/via REUTERS THIS IMAGE HAS BEEN SUPPLIED BY A THIRD PARTY. MANDATORY CREDIT.

Their first single, “This Is A Song For Miss Hedy Lamarr,” has been released.

“When Johnny and I started playing together, it really ignited our youthful spirit and creativity,” Beck said in a statement posted to his official website. “We would joke about how we felt 18 again, so that just became the album title too.”

“It’s an extraordinary honor to play and write music with Jeff, one of the true greats and someone I am now privileged enough to call my brother,” Depp added in a statement.

The two have been friends for years and Beck appeared on a song with the Hollywood Vampires, a supergroup Depp formed with musicians Alice Cooper and Joe Perry in 2012.

The actor made headlines when he performed with Beck in England while his defamation trial against his ex-wife Amber Herd was coming to an end.

Earlier this month, a jury found both Depp and Heard liable for defamation in their lawsuits against each other, with Depp being awarded more monetary damages than Heard.