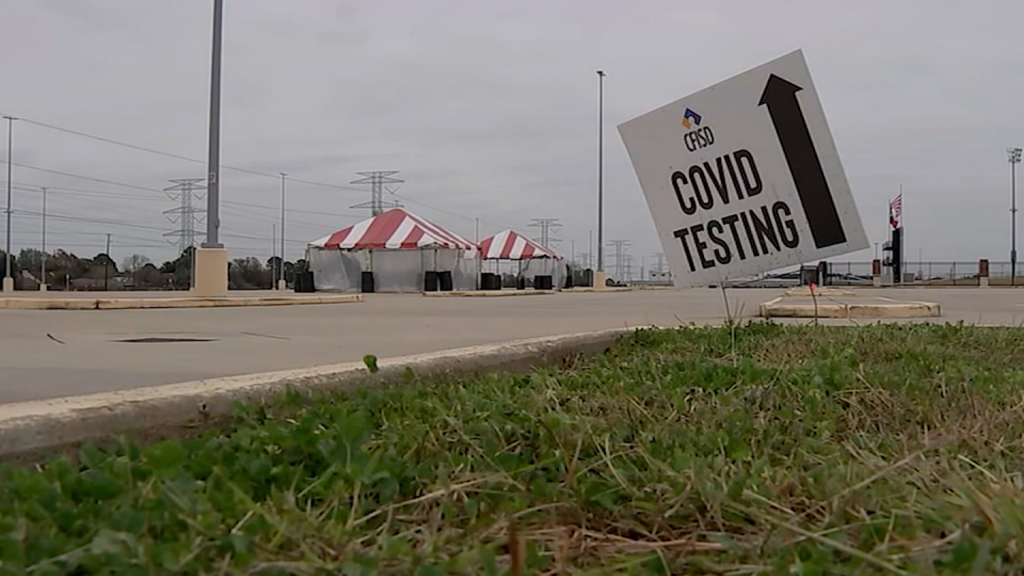 Authorities were called to the Covid-19 testing center on January 3. Credit: KTRK

(CNN) — A Texas judge ruled Thursday there was no probable cause against a mother who allegedly put her son in the trunk of the car to avoid being exposed to Covid-19 — but the case might not be over yet.

Sarah Beam, 41, was charged with endangering a child after she allegedly placed her 13-year-old son, who had Covid-19, in the trunk to avoid being exposed while she went to a testing site, according to a warrant from the Harris County District Attorney’s Office.

According to the warrant, the mother told authorities she wanted to prevent exposure to the virus while driving her son to the site for “additional testing.”

Judge Chris Morton ruled Thursday there was no probable cause for the charge.

Harris County District Attorney’s Office spokesperson Dane Schiller told CNN they will continue to review the evidence and might take the case to a grand jury to see whether there is an appropriate charge.

“We absolutely respect the judge’s ruling, and we will continue with our work,” Schiller said.

Beam’s attorney, Nathaniel Pitoniak, told CNN he had no comment.

But outside court Thursday morning, he told CNN affiliate KHOU: “We dispute the facts in the affidavit that was filed in this case. But even if they had been true, the judge has acknowledged with his finding that my client did not place her child in imminent danger of bodily harm.”

Beam was charged after authorities arrived at a Houston-area Covid testing site on January 3 following a report that a health services official had found the child in trunk of her car. She was released from jail Sunday after she made bail.

Beam is a teacher in the Cypress-Fairbanks Independent School District, which said earlier this week that she was on administrative leave.