Judge prepares for Alex Jones to take stand in Connecticut 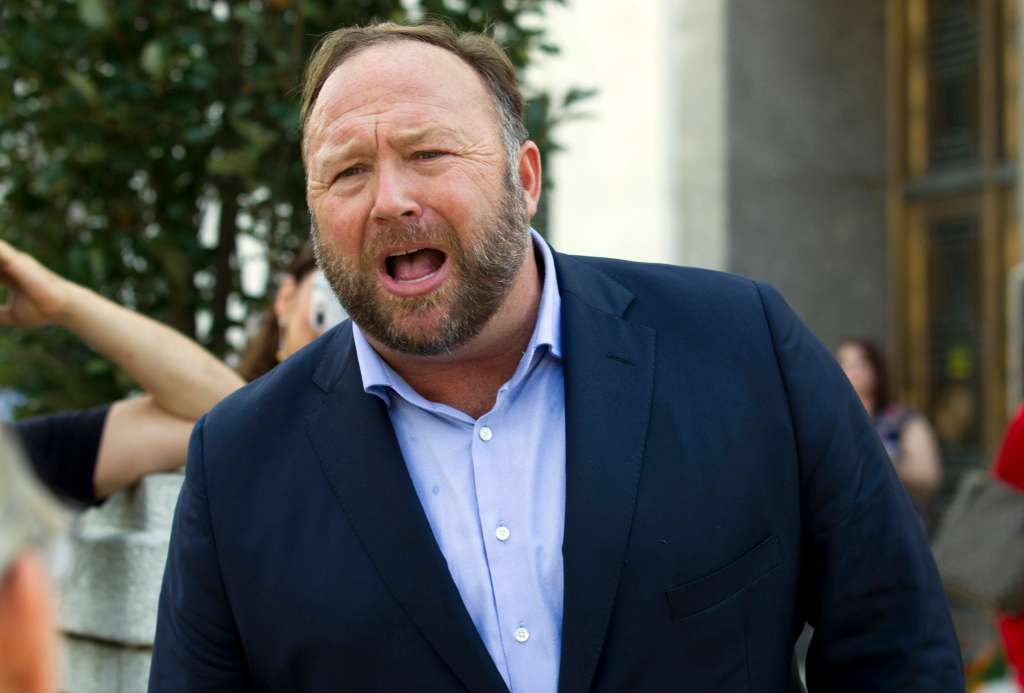 FILE— Alex Jones, "infowars" host, speaks outside of the Dirksen building of Capitol Hill in Washington, Sept. 5, 2018. Jones defied a Connecticut judge's order to show up for a deposition in Texas, Thursday, March 24, 2022, in a case brought by relatives of victims of the Sandy Hook Elementary School shooting who sued Jones for calling the massacre a hoax, according to the families' lawyer. (AP Photo/Jose Luis Magana, File)

WATERBURY, Conn. (AP) — The judge overseeing the Connecticut trial of Alex Jones said Wednesday she is prepared to handle any incendiary testimony from the Infowars host when he is called to the stand this week in a defamation lawsuit filed by people who lost relatives in the Sandy Hook school massacre.

Judge Barbara Bellis last year found Jones and Infowars’ parent company, Free Speech Systems, liable for spreading the lie that the 2012 elementary school shooting was a hoax. Her decision came as a result of the conspiracy theorist failing to turn over documents in the case.

Jones on Tuesday called Bellis a tyrant and said she would be forcing him to perjure himself and say “that I’m guilty and to say that I’m a liar.”

Jones was expected to testify Wednesday, but attorneys said at midday that likely would not happen. Before the jury was brought in, the judge said she was prepared to speak with Jones prior to his testimony to make sure he understands the court’s rulings.

“If we do have an issue, Mr. Jones will be dealt with just like any other witness or party to appear before the court,” she said. “He’s not going to get special treatment. He’s not going to get more harsh treatment. Unfortunately over my career, I have had the opportunity to have contempt hearings. It’s not pleasant, but that’s what we do.”

Jones has complained that he was found “guilty” without trials. There is no guilt in civil trials, including this one in Connecticut and one last month in Texas where a jury in a separate defamation lawsuit against Jones awarded nearly $50 million to the parents of one of the children killed in the shooting.

The jury heard Wednesday morning from David Wheeler, the father of Ben Wheeler, one of the 20 children killed in the December 14, 2012, shooting.

The plaintiffs say Jones’ promotion of Sandy Hook conspiracy theories on his show led to the families being threatened and harassed by deniers of the shooting. They say they’ve endured death threats and in-person harassment, video recording by strangers and abusive comments on social media. Some families moved to avoid harassment.

The trial is being streamed live by the website Law & Crime, which on Tuesday disabled the comments section of its YouTube stream.

“Unfortunately, as the Alex Jones trial got underway, we noticed a disturbing number of commenters making threatening comments including harassment towards the victims’ families,” said Rachel Stockman, Law & Crime’s president. “As a result, we decided to disable the comments section for this trial. Despite having covered many controversial cases, we have never before taken such a drastic measure. It also was not a tough call here.”

Jones, who now says he believes the shooting did happen, planned to hold a news conference Wednesday afternoon to discuss the case.

He also is expected to be questioned about the bankruptcy case of his company, Free Speech Systems.

On Tuesday, a federal bankruptcy judge in Texas dismissed Jones’s attorney and the chief restructuring officer in that case, citing a lack of transparency by the company in disclosing financial information. He also gave more power to a federally-appointed trustee who has been monitoring the case, and authorized the trustee to hire additional legal help.