Just One Station: Crews respond after pieces of concrete drop from ceiling at Commuter Rail Station 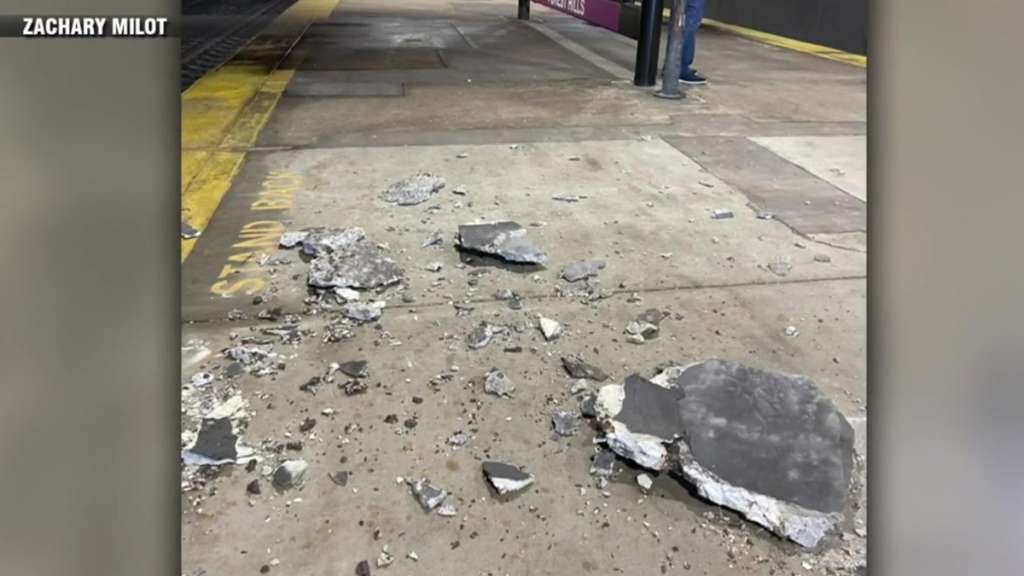 BOSTON (WHDH) - No injuries were reported after a large chunk of concrete fell from a ceiling at a Commuter Rail stop in Jamaica Plain.

Photos submitted to 7NEWS by a viewer showed several pieces of concrete scattered after smashing into a platform at the Forest Hills station Monday morning.

No other pieces appeared to fall after the initial drop, but some commuters were left concerned all the same.

“I think that’s pretty scary because you never know where it could fall and, you know, you just want to be safe,” one commuter told 7NEWS.

In a statement, a spokesperson from Keolis Commuter Services said no one was hurt during the incident, and that crews were quick to clear the debris while starting repair work.

“The concrete that fell was not structural and there were no reported injuries,” the statement read. “There were no impacts to service or access. The site has been cleared and our crews are working on repairs today.”

One commuter at Forest Hills said this was not the first time she had heard of an incident involving something dropping from the ceiling at a rail stop.

“There was a time where I was at Back Bay station, I think on track five, and there was an incident where there was moldy water that fell on someone and they were upset about it,” said Johnae Johnson. “There was no one to tell. A little bit of concrete fell in their hair.”

By Monday afternoon, crews had the area patched and cleaned up.