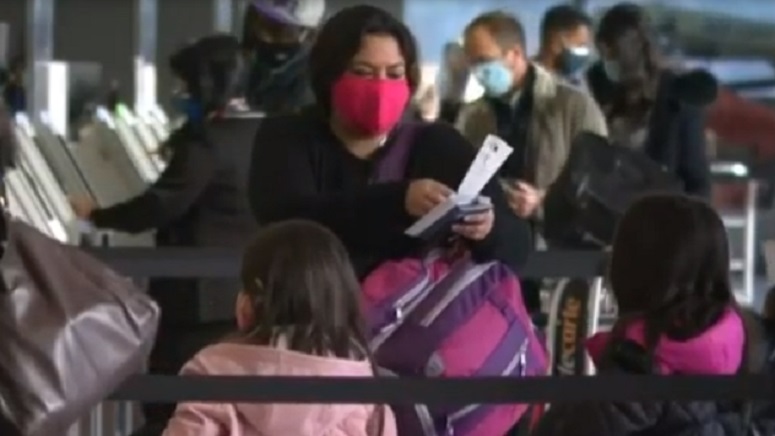 The request was brought by a man seeking to leave Florida by airplane, who said his Generalized Anxiety Disorder prevented him from wearing a mask.

While the Supreme Court has been willing to disrupt other coronavirus-related regulations, particularly as they affected religious gatherings, there was no apparent appetite for disturbing the public transportation mask mandate.

The request was filed with the Supreme Court on Monday by Lucas Wall, who was unable to board a flight last month from Orlando because of his unwillingness to wear a mask. His court filings said that, due to the mask mandate, he has since been “stranded” at his mother’s residence in The Villages, a retirement community in central Florida. He said that that the federal mask requirement for travel would prevent him from taking a flight he planned to Germany later this week.

He alleged the policy, which was implemented by the Biden administration soon after the President’s inauguration, was unconstitutional and that it violated various regulatory authorities.

Thomas considered the request as he oversees the appeals circuit that includes Florida, where Wall’s initial lawsuit was filed. Thomas denied the request for a Supreme Court intervention without any additional explanation.