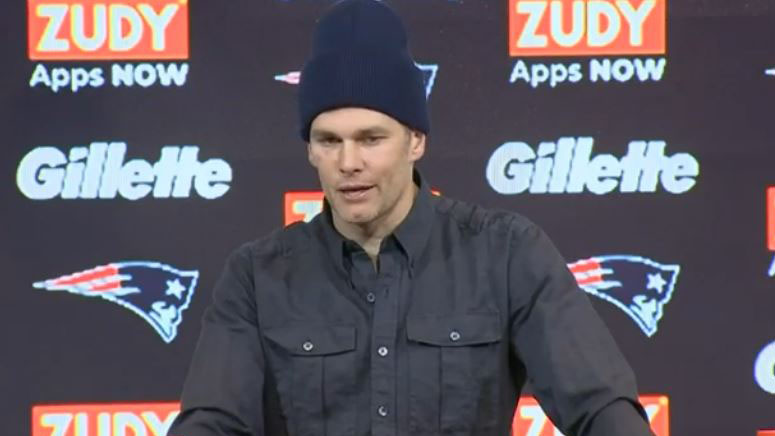 Brady said he’s not sure what his future holds after the team’s playoff loss this weekend.

“I just don’t know what’s going to happen … not going to predict it,” Brady said.

Mayor Martin J. Walsh said he’d be happy to give Brady the keys to the city “forever,” but thought appealing to the quarterback’s competitive nature would convince him to stay.

“I think this is going to be Tom Brady’s decision, but one thing about Tom Brady is he likes challenges,” Walsh said. “If you’re listening Tom, you got knocked out in the first round, so the challenge is to get back to the Super Bowl next year, so stay in New England.”

When asked if he’d rename a town after Brady, state Speaker of the House Robert DeLeo said there was precedent.

“For David Ortiz we have a bridge named after him, so maybe we’ll think of something else [for Brady],” DeLeo said. “But I’m not so sure he’s done yet.”

“I think 12/12 would be a really interesting day to turn into Tom Brady Day at some point,” Baker said.

But the governor added it was ultimately Brady’s call.

“If he stays I think that’s great, but he doesn’t owe us anything,” Baker said.