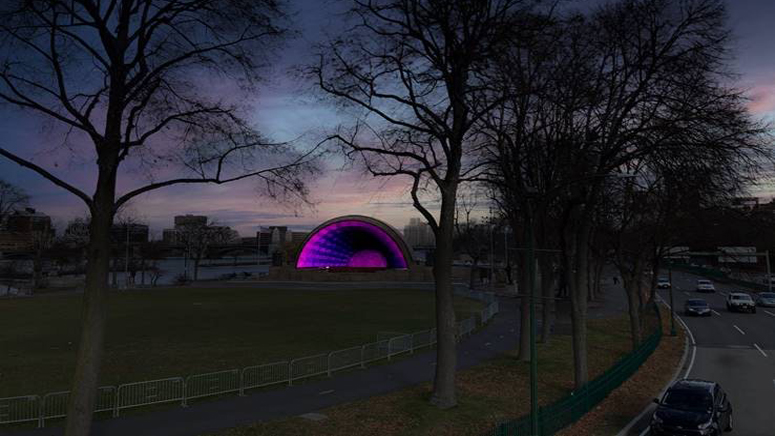 The nonprofit that partners with the Department of Conservation and Recreation to steward Boston’s Charles River Esplanade is planning a $20 million gift to the state that it says would “transform” an area that’s been largely closed off to the public for decades.

A bill pending before the Senate Ways and Means Committee would formalize the terms of the public-private partnership for the two-acre project, known as Charlesbank Landing.

According to the Esplanade Association, DCR in 2017 led a process to establish goals for future use of the Lee Pool complex on the Esplanade, engaging more than 20 stakeholder groups throughout a nine-month analysis.

“Charlesbank Landing is the culmination of decades of conversations about how to establish a signature waterfront destination on the Esplanade to better connect our visitors with nature and one another,” Esplanade Association Executive Director Michael Nichols said.

The 64-acre Esplanade, according to the association, is Massachusetts’ most-visited state park, with more than 3 million visitors annually.

The gift the Esplanade Association announced this week, to be funded through donations, is expected to exceed $20 million in value and includes a commitment to fund at least 30 years of the site’s operations and maintenance, including costs of running the pavilion.

A bill Sen. Sal DiDomenico and Rep. Jay Livingstone filed in March would allow the state to enter into a 30-year lease for the site with the Esplanade Association, which would design, build, maintain and operate the facilities. It requires the association to spend at least $10 million “on the planning, design, construction, refurbishment, repair and improvements,” without the state contributing to any of those costs, and calls for a one-time 10-year extension of the lease “if Esplanade Association, Inc. makes a significant investment in the facility within the final years of the lease, as determined by the department of conservation and recreation.”

That bill (S 2041) was endorsed by the State Administration and Regulatory Oversight Committee after a June hearing, and is now before the Senate Ways and Means Committee.

“The Charlesbank Landing project is a win-win for neighbors and visitors to the Esplanade and for the State itself, as the State receives a fully-funded major renovation to a two-acre portion of the Esplanade, a new public building, and a commitment for at least 30 years of operations and maintenance at no cost to taxpayers while the public receives a markedly better Esplanade with significantly improved amenities and programmatic
offerings now and in the future,” DiDomenico said in a statement.

The association is encouraging supporters to contact Energy and Environmental Affairs Secretary Kathleen Theoharides and DCR Commissioner Jim Montgomery about the project and the bill.

The Charlesbank Landing site is located between the Longfellow Bridge and Museum of Science, near Teddy Ebersol’s Red Sox Fields, Alfond Memorial Spray Deck and what the Esplanade Association refers to as the “future site of Gronk Playground.”

Former Patriots tight end Rob Gronkowski donated $1.2 million to the Esplanade Association to renovate what had been known as the Charlesbank Playground. Legislation from Livingstone and DiDomenico — a version of which (H 3914) is before the Environment, Natural Resources and Agriculture Committee — proposes officially changing the name to the Gronk Playground “in recognition of the time and resources the Gronk Nation Youth Foundation has dedicated to inspiring youth to reach their maximum potential through sports, education, community and fitness.”