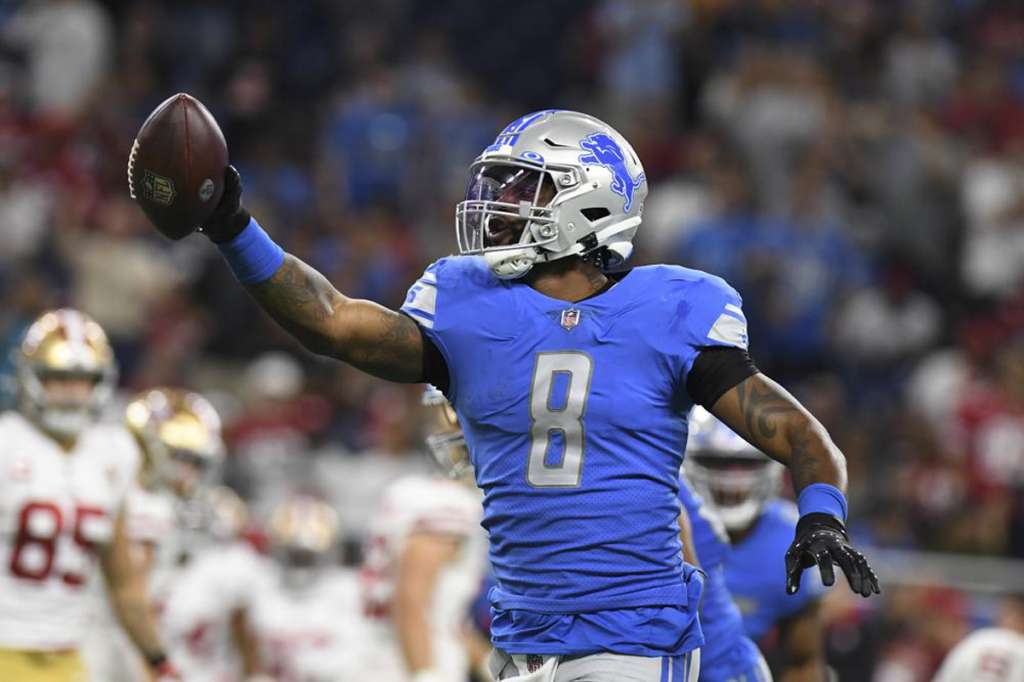 FILE - In this Sunday, Sept. 12, 2021 file photo, Detroit Lions outside linebacker Jamie Collins (8) reacts to recovering a San Francisco 49ers fumble In the first half of an NFL football game in Detroit. The Detroit Lions released veteran linebacker Jamie Collins, a week after acknowledging they were exploring options to trade him. Detroit announced the move Tuesday, Sept. 28, 2021 two days after leaving him inactive against the Baltimore Ravens.(AP Photo/Lon Horwedel, File)

FOXBOROUGH, Mass. (AP) — Another ex-Patriot is returning to New England.

Free agent linebacker Jamie Collins agreed to a new deal with the Patriots on Wednesday, according to his agent David Canter.

Collins signed a three-year, $30 million deal with the Lions in 2020, but was released on Sept. 28. He’ll take the spot on the 53-man roster that opened up after the team placed reserve defensive lineman Henry Anderson on injured reserve with a pectoral injury.

Collins joins several former Patriots who are on at least their second stint with the team, including linebacker Kyle Van Noy, running back Brandon Bolden, offensive lineman Trent Brown and quarterback Brian Hoyer.

He has 25 1/2 sacks in his career and is expected to provide some support at linebacker after Ja’Whaun Bentley suffered a shoulder injury that caused him to miss last week’s loss to Tampa Bay.

Collins will be reunited with former teammates and linebackers Van Noy and Dont’a Hightower. The trio combined for 19 sacks for the Patriots in 2019.