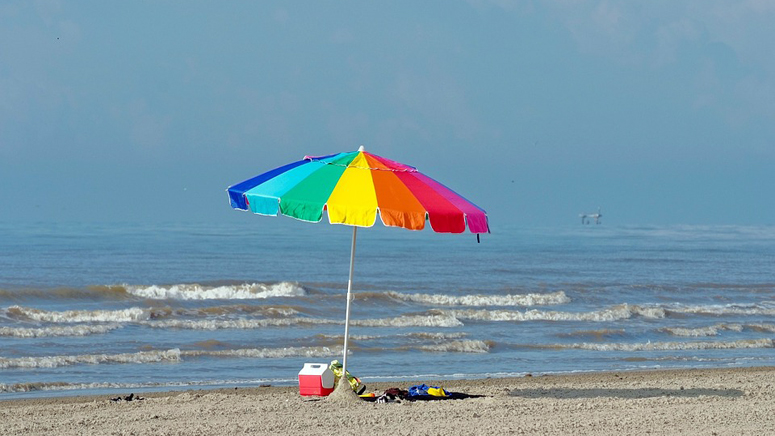 (WHDH) — A man enjoying a day at that beach was recently left speechless when he stumbled upon a brain that was wrapped up in aluminum foil.

Jimmy Senda, 47, of Wisconsin, was searching for sea glass at Samuel Myers Park Beach on Tuesday morning but he instead found a bizarre yet intriguing package that was fastened by a pink rubber band, WITI-TV reported.

“I was just like, ‘What is this?'” Senda told the news outlet. “I came across this square package, wrapped in aluminum foil, and around it, it had a pink rubber band.”

Senda explained that he decided to open the package out of sheer curiosity.

“I popped it open and it looked like a chicken breast,” Senda recalled. “It was a brain.”

Senda, puzzled by the shocking discovery, immediately notified some nearby city workers.

Police officers responding to the beach also confirmed that it was indeed a brain.

Officials said they don’t believe the brain is human but medical examiners are conducting an investigation.

There were flowers and Chinese money inside the package as well, according to Senda.