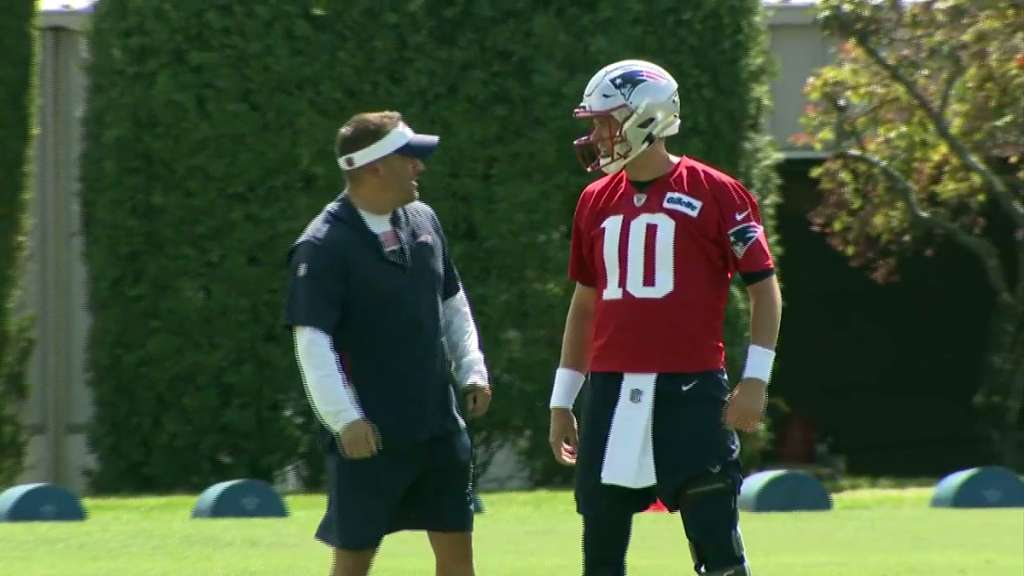 EAST RUTHERFORD, N.J. (AP) — Mac Jones and Zach Wilson are providing some fresh-faced buzz to an old AFC East rivalry that has gotten rather stale.

All eyes will be on the rookie quarterbacks Sunday at MetLife Stadium when Jones’ New England Patriots square off against Wilson’s New York Jets. And both young signal callers will be looking to avoid an 0-2 start.

“I mean, it’s not fun to lose, so just learning from what we could have done better is definitely just the only thing you can do, really,” said Jones, whose Patriots fell 17-16 to Miami last Sunday. “You can sit there and feel bad for yourself for a little bit because you’re human and that’s what you’re supposed to do, or you’re in the wrong profession. But you’ve just got to move on.”

Jones, the No. 15 overall pick out of Alabama in April, was the first rookie quarterback to start a season opener for the Patriots since Drew Bledsoe in 1993. And he was solid, going 29 of 39 for 281 yards and a touchdown while being constantly pressured.

“We lost, and that’s what people remember,” Jones said. “So we’ve just got to move forward.”

Same for Wilson, the No. 2 overall pick, and the Jets, who fell 19-14 to Carolina and their former quarterback Sam Darnold. Wilson was sacked six times but remained unfazed late in the game when he gave New York a chance to get back into it.

“I mean, it is tough, but it’s part of the job, right?” Wilson said. “That’s why we sign up to play quarterback. … Having stuff in your face, you’ve got to be able to play. That’s a part of the quarterback position. You can’t just say, ‘All this pressure, I can’t do my job.’”

The Patriots have won the last 10 meetings and swept the series against the Jets 21 times — including 12 under coach Bill Belichick — and five straight overall. The last time New York won the Jets pulled out a 26-20 overtime victory in Week 16 of the 2015 season.

When both Wilson and Jones were still in high school.

“A lot of people feel that logo carries a lot of weight, which essentially it kind of does,” Jets wide receiver Corey Davis said of the Patriots. “But we’re not really worried about that. It’s really about us and what we do, not them.”

Rookie quarterbacks facing the Patriots haven’t typically fared well the past two decades. Wilson gets his first shot this time around for the Jets.

Belichick enters Sunday’s matchup with a 21-6 record against first-year QBs since he became Patriots coach in 2000. Before losing to Miami’s Tua Tagovailoa in Week 15 last season, New England had won nine straight against rookies QBs.

Wilson and Davis have shown quick chemistry, with the veteran receiver catching five passes for 97 yards and two touchdown in his Jets debut.

But you can be certain Belichick has also noticed. And he’ll likely key in on taking a top target away from New York’s game plan — something he has been known to do throughout his career.

“That’s where that chess match with coach Belichick always happens,” Jets coach Robert Saleh said. “And you’ve got to pick and choose your battles and stay sound and committed to what you’re doing and get ready to play chess with one of the best chess players in the world.”

New York is getting Jamison Crowder (COVID-19 list) and Keelan Cole (knee) back this week after they missed the opener.

Both Jones and Wilson are coming off NFL debuts in which they both faced a high amount of pressure.

The Dolphins tried their best to push Jones into poor decisions, forcing him into a fumble on the game’s opening drive and blitzing him 21 times for the day.

Only Dallas’ Dak Prescott was blitzed more often (33), and only Tennessee’s Ryan Tannehill (12) and Wilson (10) took more than the nine hits Jones did last week. Wilson’s six sacks were tied for the most in Week 1 along with Tannehill.

Wilson will enter Sunday’s matchup missing a starter on his offensive line with left tackle Mekhi Becton sidelined at least a month with a knee injury. George Fant is sliding over from right tackle, while Morgan Moses will start on the other side.

Changes are also possible for the Patriots after starting right tackle Trent Brown began the week limited after he left their opener with a right calf injury.

The running game is a key factor in the Jets’ offense operating smoothly under Mike LaFleur, but New York managed just 45 yards at Carolina. Only Green Bay with 43 against Detroit had fewer last week.

With the offensive line struggling to make efficient lanes, Tevin Coleman finished with 24 yards on nine carries. Ty Johnson had 15 on four attempts and Michael Carter just 6 on four carries.

“We’re right there,” Fant said. “It wasn’t like we weren’t in a spot we needed to be. It’s like one or two things here and there that could’ve sprung a run.”