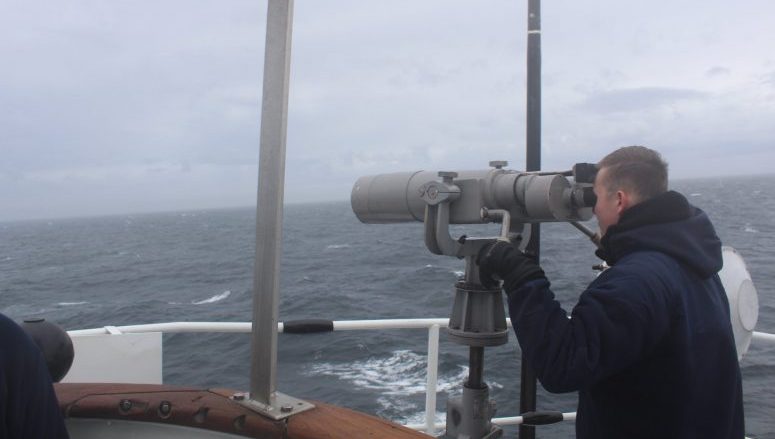 The Coast Guard said Tuesday it called off the search for the crew of the Portland-based Emmy Rose that sank early Monday morning while en route to Gloucester, Massachusetts. The four men aboard were all Maine fishermen, authorities said.

The Sustainable Harvest Sector, a group of 100 fishing vessel owners and operators, identified the crew members as Robert Blethen; Jeff Matthews; Michael Porper and Ethan Ward. Members of the fishing community contributed to a GoFundMe for the men’s families that had attracted dozen of donations by Wednesday afternoon.

The fishermen were harvesting groundfish such as haddock. The cause of the vessel’s sinking remains undetermined.

“My heart goes out to the family and community of the fishermen aboard the F/V Emmy Rose,” said Maine Rep. Genevieve McDonald, who is a lobster boat captain.

The Sustainable Harvest Sector said in a statement that it would release information about memorial services for the fishermen when they are available.

“Four brave men of the sea were lost,” the statement said.

The boat was owned by Rink Varian, who was not onboard and has described the sinking as a terrible accident. He has also described the crew as experienced.

The crew did not make any sort of mayday or distress call, and the Coast Guard was alerted when the vessel’s emergency beacon made contact with the water and sent out its signal, the Coast Guard has said.

The first Coast Guard crews on the scene discovered debris and an empty life raft. The search had been hampered Monday by 6- to 8-foot (2- to 2.5-meter) seas and 35 mph (55 kph) winds, but weather conditions had improved Tuesday

Maine Gov. Janet Mills also offered condolences to the families of the fishermen during a virtual address to the state on Wednesday. Maine Department of Marine Resources Commissioner Patrick Keliher said the state’s fishing community is grieving.

“We never take these losses lightly. I hope that all who are touched by this tragedy will be able to heal in time and will take this moment to hold loved ones close, and to give thanks for the memories of those we have lost and for what we have,” Keliher said.