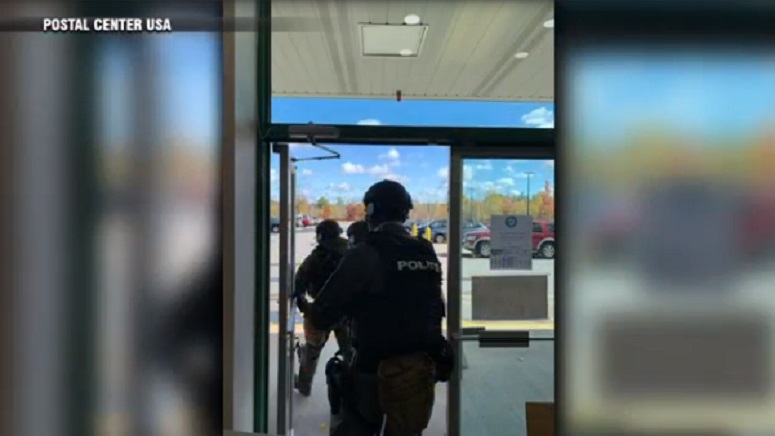 LEE, N.H. (AP) — A Maine man accused of firing a gun in a parking lot was in possession of multiple stolen firearms and a significant quantity of ammunition, police said.

The Lee Market Place plaza was busy with shoppers at the Market Basket and other stores when shots rang out.

Shoppers were placed on lockdown in the grocery store and shops for about two hours during a standoff. Nobody was injured, and Falt turned himself in to police officers at about 1:40 p.m., officials said.