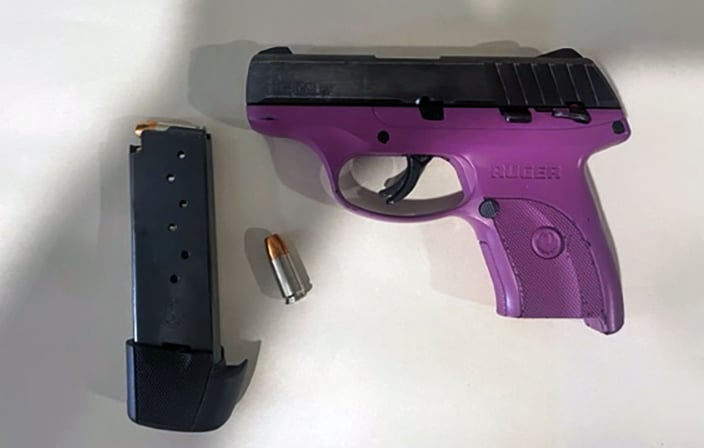 A 9mm handgun seized by Tewksbury Police during the investigation that led to the arrest of CHRISTOPHER MEADE, AGE 29, OF MALDEN, who allegedly pointed this gun at a Tewksbury resident during an altercation on April 29. (Photo Courtesy Tewksbury Police Department)

BOSTON (WHDH) - A Malden man is facing criminal charges after police say he pulled a gun on a Tewksbury resident last week.

Christopher Meade, 29, is slated to be arraigned Friday in Lowell District Court on charges including assault with a deadly weapon, firearm violation with three prior violent drug crimes, and possession of a firearm without an FID card, according to Tewksbury police.

Officers responding to a report of a disturbance at a residence on Level Lane on Apr. 29 learned Meade had allegedly pulled his gun on the victim after an incident that involved a group of three individuals banging on a the victim’s door and defacing their car, police said.

Meade was taken into custody on May 5 following a joint investigation by Tewksbury police and Boston police.

Danaya Roberts, 18, of Lowell, and a juvenile female from Tewksbury were also charged with malicious damage of a motor vehicle.