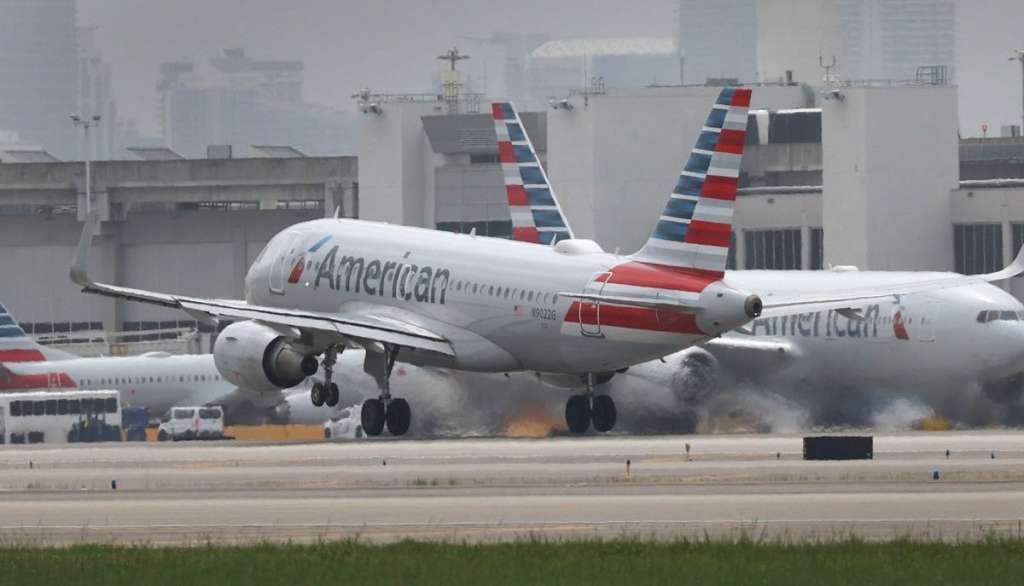 A man entered the cockpit of an American Airlines plane in Honduras and caused damage while the aircraft was at the gate, the airline said in a statement. Credit: Joe Raedle/Getty Images

(CNN) — A man entered the cockpit of an American Airlines plane in Honduras and caused damage while the aircraft was at the gate, the airline said in a statement.

After doing damage, the passenger attempted to jump out of a window, American Airlines spokesperson Sarah Jantz told CNN.

The incident occurred as the flight was boarding for Miami, the airline statement said.

“Crew members intervened and the individual was ultimately apprehended by local law enforcement,” the statement said.

A replacement aircraft was making its way to Honduras and the flight was rescheduled for a later time, the airline said.

“We applaud our outstanding crew members for their professionalism in handling a difficult situation,” it added.

The reason for the attack wasn’t given, although airlines have been dealing with a surge in incidents involving unruly passengers amid the Covid-19 pandemic, especially as personnel are now tasked with enforcing mask rules and other Covid-related protocols.

In 2021, the Federal Aviation Administration reported it received more than 5,980 complaints of unruly passengers. The agency said it received 4,290 masks-related incident reports last year and there were 1,075 investigations initiated — more than five times as many as in 2020.

As part of efforts to discourage bad behavior, the FAA and the Transportation Security Administration announced last month that travelers who cause difficulties can lose their TSA PreCheck credentials, saying that the procedure is a “privilege reserved for low-risk travelers.”

Passengers who create problems are also subject to fines and individual airlines can ban certain travelers.