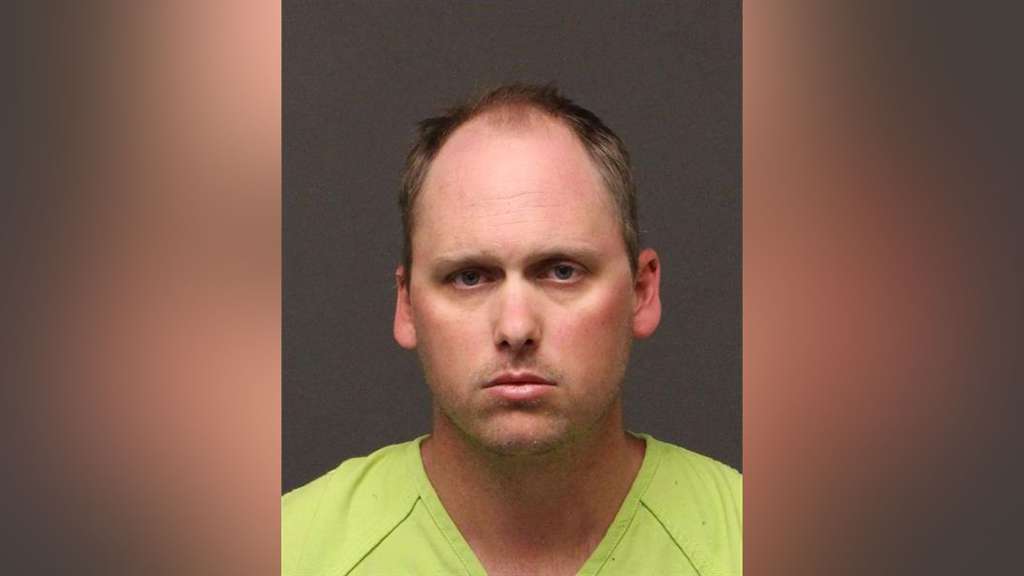 Brett Daniel Puett was arrested Friday on charges including second-degree murder in connection with the death of Debra Childers, police in the western Arizona city of Kingman said. Credit: Mohave County Jail

(CNN) — Arizona police have arrested a man on suspicion of killing a woman who investigators believe was found dead in a duffel bag in her own storage unit last week.

Brett Daniel Puett was arrested Friday on charges including second-degree murder in connection with the death of Debra Childers, police in the western Arizona city of Kingman said.

Childers, 64, a Kingman-area resident who primarily lived out of her car, had been reported missing, and investigators believe Puett had been withdrawing money from her bank account over the last several months, police said.

An investigation began this month, after Childers’ out-of-state son reported her missing to the Mohave County Sheriff’s Office May 12, saying he had not heard from her in several months, police said.

The sheriff’s office learned that a man had been withdrawing money from her bank account over the last several months, said police in Kingman, a city that is roughly a 100-mile drive southeast of Las Vegas.

On Friday, Kingman detectives searched two storage units belonging to Childers. In one, they found a body concealed in a large duffel bag, according to police.

“(The body) appeared to have been inside the storage unit for several months,” Kingman police said in a news release Saturday.

Investigators believe the body to be that of Childers, and her family has been notified. But official identification still must be made by the Mohave County Medical Examiner’s Office, police said.

Police have said they believe Childers was shot and killed.

Detectives identified Puett as the person driving Childers’ car and making the money withdrawals, police said, without detailing how detectives learned this.

After learning Puett was staying at a home in Kingman, law enforcement officers arrested him Friday evening, police said. Puett had arrived at the home driving Childers’ vehicle, police said.

“Puett has admitted involvement in the killing and subsequent money withdrawals, as well as transporting and concealing her body,” Kingman police said in Saturday’s news release.

Investigators believe Puett and Childers met last summer, while both had been living out of their vehicles, police said.

“Childers was shot and killed sometime in November while Puett and Childers were sharing a room at a motel … in Kingman,” said police, who said the two were believed to have a platonic relationship.

Police have not released an arrest report. It was not immediately clear if Puett has a lawyer.

Puett was being held Saturday at the Mohave County jail with bond set at $500,000.

The police news release says Puett his 35; his jail booking information indicates he is 36.

Besides the murder charge, he also was being held on charges of abandonment and concealment of a dead body, and fraudulent schemes and artifices, police said.