Man charged with murder after police find severed head, other body parts in back of stolen truck 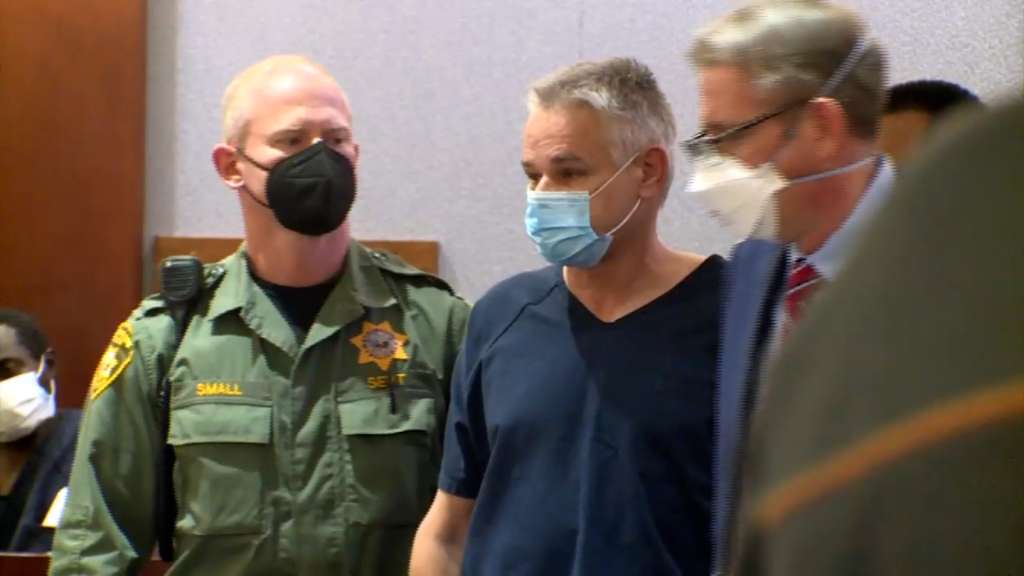 (CNN) — A man driving in the Las Vegas area with a severed head in the back of a reportedly stolen truck has been charged with murder, according to a criminal complaint.

Eric Holland was arrested on December 24, the complaint stated.

On December 23, a Las Vegas Metropolitan Police officer tried to pull over a Toyota Tundra truck that had a suspended registration, the complaint said. The driver “initially stopped” but then drove away as officers tried to speak to him, according to the court document.

The truck was then driven into a parking garage. Moments later another truck, “a gold Chevrolet Avalanche,” was seen leaving the parking garage, according to court documents.

It is unclear if Holland was the same driver for both vehicles.

Police followed the gold Avalanche to an apartment complex, where Holland got out and repeatedly ignored commands given by police, according to court documents. Once Holland was in custody, police were able to confirm that both trucks were reportedly stolen, the complaint said.

While searching the gold truck, police found a black plastic trash bag emitting “a foul odor” with a severed head inside, according to the complaint.

Holland, on the scene, said he wouldn’t answer questions without a lawyer, according to the complaint.

The Clark County coroner’s office identified the victim as Richard P. Miller, a 65-year-old White male from Las Vegas. The coroner’s office ruled the death a homicide due to multiple gunshot wounds.

An attorney for Holland, P. David Westbrook, said, “The body recovered in this case was in the second truck (the Chevy) not the first (the Toyota). Additionally, the truck bed was covered and the body was stored in sealed coolers. “

“In order to presume that Mr. Holland had prior knowledge of the contents of this truck, you would also have to believe that he lead police to the body intentionally,” Westbrook said. “The question is: why would he do this?”

The next court appearance for Holland in this case is scheduled for January 27, according to Westbrook and court documents.