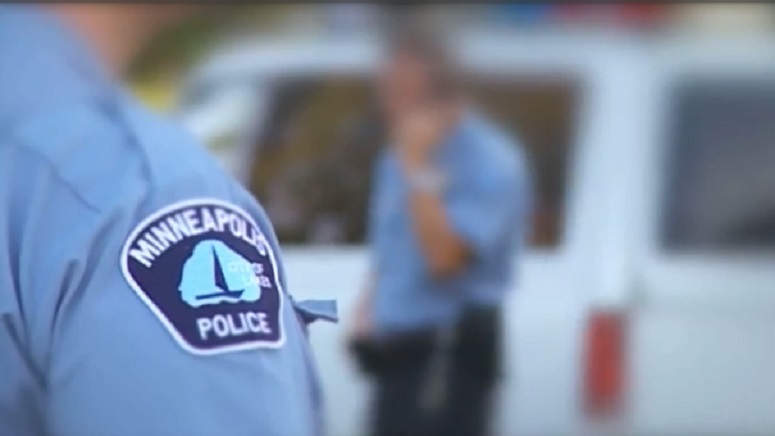 MINNEAPOLIS (AP) — A man was injured after allegedly pointing a gun at someone and exchanging gunfire with officers in Minneapolis on Thursday, police said.

Officers responded to a 911 call shortly before 8:30 a.m. about a man pointing a gun at the caller, police spokesman John Elder said. Officers saw the man in a vehicle and tried to stop him, but he drove away and crashed.

The man exchanged gunfire with police, Elder said, before he was arrested and taken to a hospital for treatment of injuries that weren’t believed to be life-threatening. Elder said he wasn’t immediately sure whether the man’s injuries were the result of being shot, though he said that was likely.

No officers were injured.

Elder said he did not know the race of the man, or whether the man or officers were first to fire their weapons. He said the officers’ body cameras were on and operating.

The Minnesota Bureau of Criminal Apprehension is investigating.

Minneapolis has been the epicenter for calls for changes in policing and the police department has been the subject of a human rights investigation since the May 25 death of George Floyd, a Black man who died after a white police officer pressed his knee against Floyd’s neck as Floyd said he couldn’t breathe. Floyd’s death sparked protests in Minneapolis and beyond and renewed calls for an end to police brutality and racial inequities.

Thursday’s shooting comes just two weeks after Minneapolis officers fatally shot a Black man who exchanged fire with officers. In that case, authorities said 23-year-old Dolal Idd fired upon officers when they were attempting to arrest him in a weapons investigation. Police said body camera video in that case shows Idd fired first.