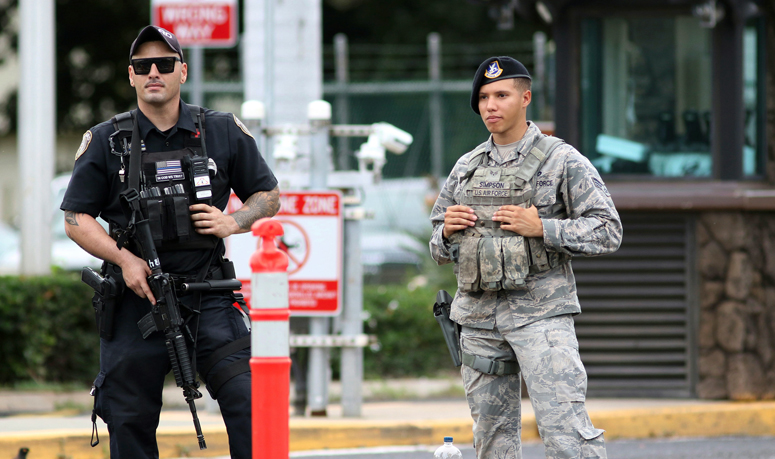 WAIPAHU, Hawaii (AP) — A civilian worker injured in a shooting at Pearl Harbor’s shipyard last week was released from the hospital on Tuesday.

The Queen’s Medical Center in Honolulu said Roger Nakamine left after spending almost a week in the hospital.

An active duty sailor shot Nakamine and two other civilian Department of Defense employees with his service rifle last Wednesday. The other two civilians died of their wounds.

The shooter used his service pistol to kill himself. He has been identified as 22-year-old Seaman Gabriel Antonio Romero, a watchstander who was providing security to the USS Columbia submarine undergoing maintenance at the shipyard.

Nakamine, 36, was working as an apprentice at the shipyard at the time of the shooting.