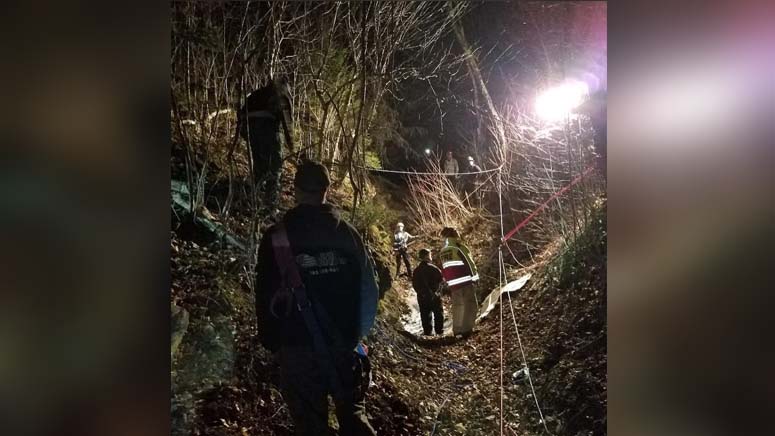 CORINTH, Vt. (AP) — A man who fell 150 feet (45 meters) into an abandoned Vermont copper mine was considerably hypothermic and had some serious injuries when emergency crews rescued him Saturday night, an official said Monday.

Hanover, New Hampshire, Fire Chief Martin McMillan said he does not know why the man was at the Eureka Mine on Pike Hill in Corinth but said it appears to be a popular location with ATV tracks visible.

“I think he slipped — we’re not 100% sure — and then actually fell down the shaft maybe just taking a look at it,” said McMillan. He said parts of the ground and the inside of the mine shaft were frozen.

“The shaft he fell down was about 150 feet, probably with about a 45-degree angle, then with some small drops vertical and then, the last one was probably a 20 footer into the water where he landed,” he said.

The entrance to the area is not secure, McMillan said, indicating that its possible for the public to access without breaking in.

The man was stuck for about two hours before the people accompanying him found a residence and called 911, McMillan said. Crews from Vermont and New Hampshire were called just before 10 p.m.

Once on the scene, rescuers pulled him out 45 minutes later after lowering two firefighter paramedics into the shaft with ropes and pulleys, McMillan said. The man was pulled out of the shaft in a so-called Stokes basket, loaded onto a waiting ATV, taken to an ambulance and then flown by helicopter to Dartmouth Hitchcock Medical Center, in Lebanon, New Hampshire.

The man, who was said to be about 30 years old, remained hospitalized on Monday, he said. A hospital spokesperson said she could not provide a condition without a name.

There are a series of former copper mines in the area, McMillan said.

“This in my experience is probably one of those once-in-a-career kind of unique situations,” said McMillan, who’s been in the business for nearly 50 years.