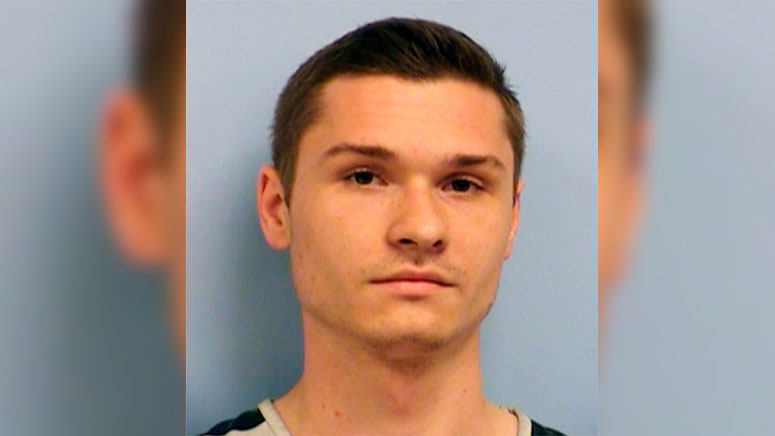 This photo provided by the Travis County Jail in Austin, Texas, shows Nicolas Patrick Shaughnessy, who was arrested Tuesday, May 29, 2018, with a second person on allegations that they conspired to hire a gunman to kill Shaughnessy's father, a jeweler slain in his home in March. Shaughnessy pleaded guilty to murder Wednesday, April 7, 2021, and has been sentenced to 35 years in prison. (Travis County Jail via AP)
Associated Press

AUSTIN, Texas (AP) — The son of a slain Texas jeweler was sentenced to 35 years in prison Wednesday after admitting he hired someone to kill his father.

Nicolas Patrick Shaughnessy, 22, entered a guilty plea to a murder charge during a virtual court hearing. His attorneys in a statement said he accepts full responsibility for his role in his father’s death, according to the Austin American-Statesman.

Shaughnessy’s family members said in a statement that they were unsatisfied with the plea agreement.

“It would be our hope that you are never released from prison,” the family wrote. “We understand this plea but are not happy about it.”

Nicolas Shaughnessy and his now ex-wife, Jaclyn Alexa Edison, were arrested on a count of criminal solicitation to commit capital murder in May 2018.

They were charged with hiring people to kill Shaughnessy’s parents, Ted and Corey Shaughnessy, who were in the bedroom of the Travis County home during the break-in.

Ted Shaughnessy was found dead of multiple gunshot wounds in a hallway. Corey Shaughnessy returned fire until she ran out of ammunition and hid in a closet to call 911, authorities said.

Detectives did not find signs of forced entry into the home, except for one that had been opened in Nicolas Shaughnessy’s bedroom. Detectives discovered he would receive $2 million in the event of his parents’ death.

Arieon Smith, 23, one of several suspects in the case, also pleaded guilty to murder in the same hearing and was sentenced to 35 years in prison.