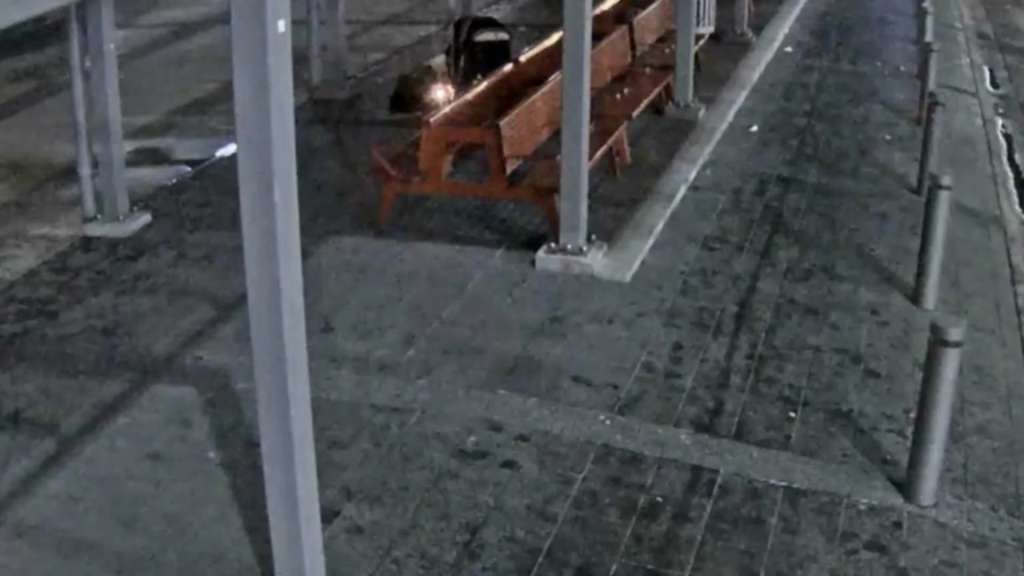 VANCOUVER, Canada (WHDH) — Police are searching for an arsonist caught on video setting fire to a homeless woman’s blankets while she slept on a sidewalk in Downtown Vancouver, Canada last month.

Video released by Vancouver police Tuesday shows an unknown man walk up to the woman while she slept on Hamilton Street near Queen Elizabeth Theatre around 4 a.m. on Dec. 13.

The man can be seen pacing around her before setting fire to her belongings and then walking away.

The fire smoldered for several minutes before spreading throughout her belongings, burning her jacket and the blankets keeping her warm.

The victim did not report the incident to law enforcement and has not been located, police said.

She is described as a white female believed to be in her 30s with dark, shoulder-length hair. She was last seen wearing a gray, full-length, button-up jacket.

The suspect is described as a white male between the ages of 35 and 50 years old, standing roughly 5-feet, five-inches to five-feet, 10-inches tall.

He wore a black and white Oakland Raiders jacket at the time of the crime.