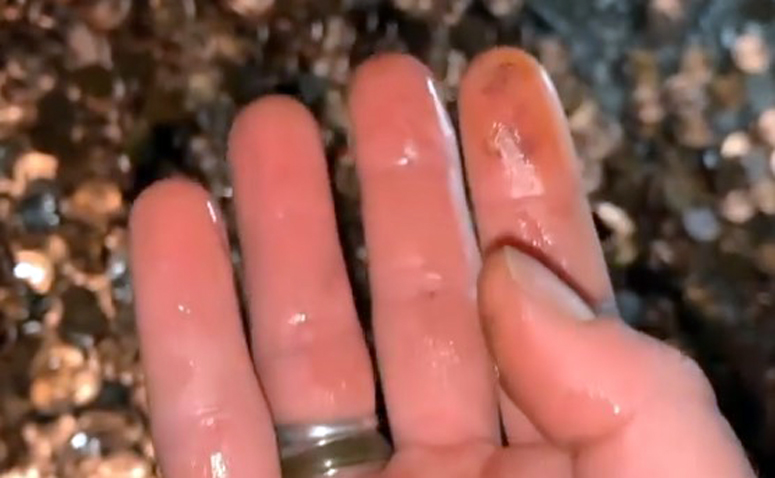 (WHDH) — A man who was waiting on his final paycheck from his disgruntled ex-employer got quite the surprise when 500 pounds of oil-covered pennies were reportedly dumped in his driveway in the middle of the night.

Andreas Flaten, of Georgia, filed his two-weeks notice in November, but his boss at Walker Luxury Autoworks, Miles Walker, was upset by the development, WGCL-TV reported.

“He froze and stared at me for like a straight minute,” Flaten told the news outlet. “He gets up, puts his hands on his head, walks out the door, and disappears.”

Flaten reportedly left the job due to a toxic work environment but Walker claimed that the $915 that was still owed to him would be delivered in January.

When the money failed to arrive, Flaten contacted the Georgia Department of Labor.

Months later, 504 pounds of oily pennies were dumped in his driveway.

Flaten’s girlfriend shared a video of the massive pile of coins, showing her oil-coated hands as she picked them up.

When asked about the pennies, Walker told the news outlet that he couldn’t recall if he had dumped the coins.

“He got paid, that’s all that matters,” Walked stated.

Flaten says he is currently working to clean the pennies so he can cash them in.