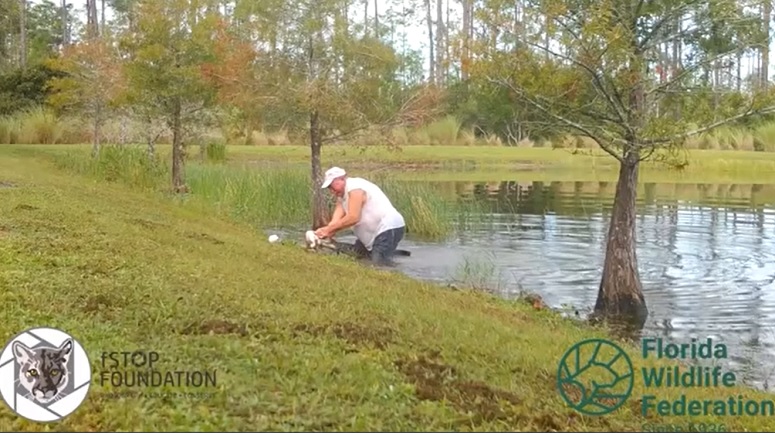 A Florida man recently wrestled an alligator who had dragged his 3-month-old puppy into a pond in his backyard.

Richard Wilbanks, 74, told CNN that he was walking by the pond with his Cavalier King Charles spaniel, named Gunner, when the small alligator came out of the water and grabbed the pup.

He immediately jumped into the pond and grasped the alligator, attempting to open up its jaws so his dog could escape.

Eventually Wilbanks got the alligators mouth open and Gunner ran to safety.

The dog suffered a puncture wound to his stomach but is said to be doing fine after a trip to the veterinarian.

The alligator left cuts on Wilbanks’s hands, so he received a tetanus shot.

Wilbanks says he does not want the alligator removed from the pond because that is its home but that he now keeps Gunner on a leash and walks him at least 10 feet from the pond’s edge.