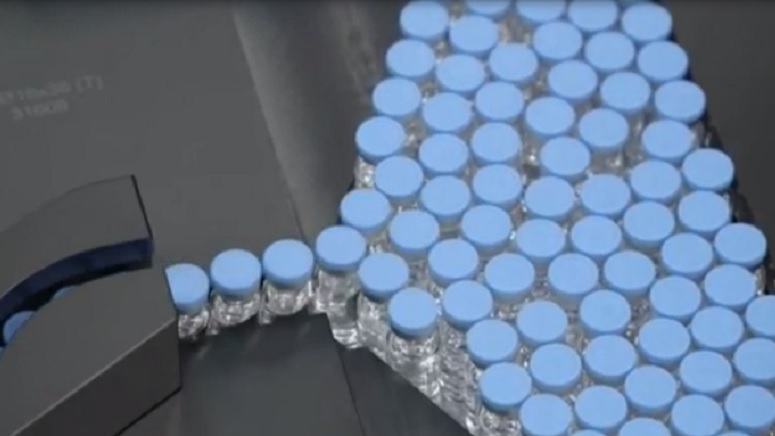 (CNN) — With demand for Covid-19 vaccines falling off, mass vaccination sites around the country find themselves facing a dilemma of how to deliver vaccines without wasting precious doses.

State and local leaders have been asking Covid-19 vaccine manufacturers to scale down the size of vaccine vials and how much is being distributed.

“Many of our health departments, especially those in rural America, are providing feedback that they either need smaller dosage vials or we will have to contend with waste,” Lori Tremmel Freeman, CEO of the National Association of County and City Health Officials, told CNN.

Claire Hannan, Executive Director of the Association of Immunization Managers, says while there is indeed a push to get manufacturers to move to fewer doses per vial, there is also a push to change the approach to vaccination.

“We are trying to educate (providers) that a missed opportunity is worse than wasted doses,” Hannan said. Vaccines should not be kept away from people for fear of wasting doses from partially used lots either, she said. “If someone presents to them, they should vaccinate, even if they can’t use the remaining doses in the vial in the allotted time,” she said.

According to the latest numbers from the US Centers for Disease Control and Prevention, 26% of the US population is fully vaccinated. Experts say that in order to stop transmission of the virus, a point known as herd immunity, between 70-85% of the populace needs to be protected through vaccination or antibodies from natural infection.

However, vaccine demand has begun to lag and roughly a quarter of Americans say they will not get the shot, according to a new CNN poll conducted by SSRS.

At this point, Hannan said wastage should be expected, especially as the next phase of vaccination moves to private practices. “We know they can’t manage their practices while getting exactly the right number of doses used every six or 12 hours,” Hannan said.

Freeman said local and state health departments are thinking about how to quickly manage potential extra available doses there may be.

“More and more thought is being given to this so that there are some ready outlets who might be willing and have capacity to take vaccine quickly to administer or transfer to other states that may need supply,” she said. “But systems have to be put into place to facilitate that kind of transfer as well.”

Pfizer and Moderna have announced plans to help meet need as the push to immunize the country moves into a new phase.

Pfizer says it will offer smaller shipment sizes at the end of May in order to give vaccine sites more flexibility.

As the US vaccination push began during December and January, the goal was to simply get “mass quantities of doses out,” Tanya Alcorn, Pfizer’s vice president for global supply chain, told CNN.

With fewer Americans rushing to get the vaccine, through February and March the company began hearing a different set of concerns from sites, that “we would need to help them with ease of vaccination and no wasted doses,” Alcorn said.

Pfizer says it is also pursuing other avenues to give administration sites more options.

The company is aiming to release what it calls a ready-to-use formulation by the end of 2021. This would mean the vaccine will no longer require a diluent.

Currently, Pfizer’s vaccine comes in a concentrated formula that requires the addition of saline to dilute before it’s administered. The new formulation would eliminate this step and allow the vaccine to be stored at -20 °C, the temperature of a standard freezer, for up to six months.

The current six-month storage temperature for the vaccine is -80 degrees Celsius to -60 °C though it can also be stored at -25 °C to -15 °C for two weeks and 2 °C to 8 °C for up to five days before mixing with saline.

By the first quarter of 2022, Pfizer is also hoping to have a single dose product available for distribution. This would be a freeze-dried formulation. Pfizer says this powder form of the vaccine would be more stable than the liquid version and therefore is designed to be stored and shipped at 2 – 8 °C.

Both of these new variations would require regulatory authorization or approval before they would be available.

Its vaccine can be stored in normal freezers and does not require the super-cold transportation network that Pfizer’s vaccine needs, making it more accessible for smaller facilities and local communities.

The company is also expected to start shipping larger vials of its Covid-19 vaccine in the coming weeks, Freeman said. The vials will go from holding 10 to up to 15 doses of vaccine.

The new vials, which the company says were authorized by the Food and Drug Administration earlier this month, can hold a maximum of 15 doses.

Freeman projected that those new vials will be in the hands of states by the third week of May, although Moderna told CNN via email Wednesday that the availability date of those vials has not yet been disclosed.

“That doesn’t really help state and local health departments who see the larger dose vials as not being as conducive or flexible for some of the work they have to do with populations that are remaining to be served,” Freeman said.

Moderna’s shift to larger vials is an effort to “increase the number of doses that it gets out there by increasing the size of the vial,” Freeman said. “That was the best way they determined that they could increase doses.”

The race to make best use of vaccine vials, in their current sizes, is playing out for cities in real time.

In Philadelphia, for instance, city officials this week have been urging those who are unvaccinated to get their first dose. According to the city, a count Tuesday night showed 4,000 doses would expire on Thursday.

A spokesperson for the Philadelphia Department of Health said that demand has dropped citywide, following regional and national trends. In Ohio, mass vaccination sites have been closed due to the drop in demand. Local and state health leaders around the country are seeing similar drops in demand.

Federal Emergency Management Agency spokesperson Charlie Elison said Philadelphia has a “good plan” to use up all the doses on Thursday.