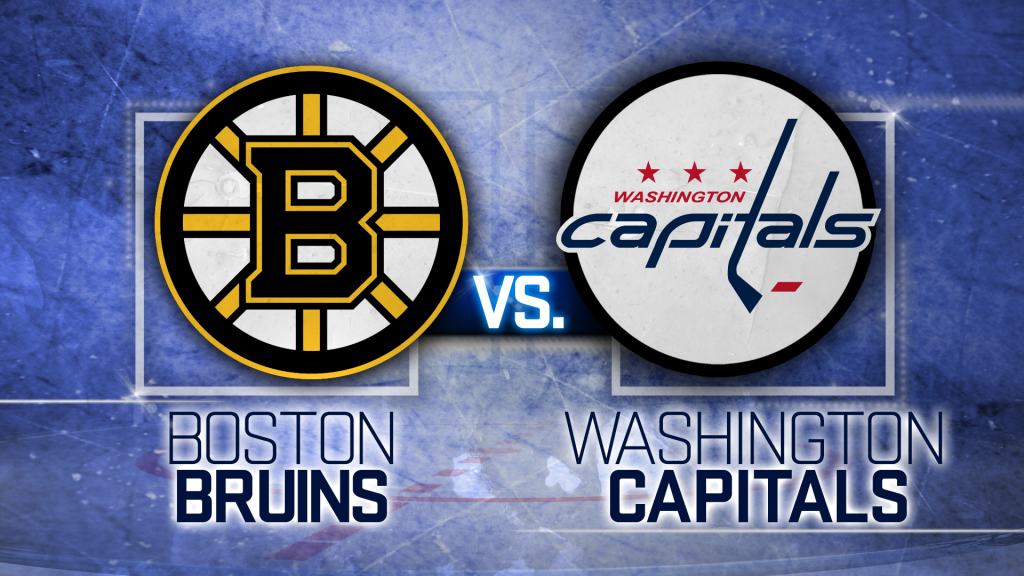 WASHINGTON (AP) — Brad Marchand returned from a bloody nose in the first period to score two goals and assist on another, while center Patrice Bergeron saved one at the other end and the Boston Bruins routed the Washington Capitals 7-3 on Monday night.

After falling behind two goals early — both by Conor Sheary — the Bruins scored six in a row to hand the Capitals their fourth consecutive defeat, which is their longest losing streak this season.

Marchand started it all in the first period after taking a hard high stick.

Washington’s Nic Dowd hit Marchand on the bridge of his nose, requiring significant cleanup of blood on the ice and repairs to his nose on the bench. With Dowd still serving the double-minor penalty, Marchand — gauze stuffed in his nostrils — sparked the comeback by setting up David Pastrnak for his first goal of the game on a 5-on-3 power play with 1:26 left in the first period.

Marchand scored on a 5-on-4 just 40 seconds later to tie it before intermission.

The second period was all Boston. After defenseman Matt Grzelcyk gave the Bruins the lead, Bergeron made sure they’d keep it. Goaltender Linus Ullmark was in no position to make a save, so the four-time Selke Trophy winner got his body in front of a shot by Evgeny Kuznetsov from point-blank range that would have sailed into the empty half of the net.

Less than a minute later, Craig Smith scored to make it 4-2 Bruins and chase Capitals starting goalie Zach Fucale. On the same night he was honored for setting the record for the longest shutout streak to start an NHL career at 138:07, Fucale got the hook after allowing four goals on 16 shots in under 28 minutes of work.

Vitek Vanecek was no better, giving up Pastrnak’s second goal on the first shot he faced and allowing one to Erik Haula on the second. Bruins winger Taylor Hall assisted on each of those goals to extend his point streak to six games.

Marchand scored his second midway through the third period. Grzelcyk added four assists to give himself a five-point night on the way to the Bruins improving to 9-1-1 in their past 11 road games.

Conor Sheary scored twice in the first 12:32 to stake Washington to a 2-0 lead, and Alex Ovechkin assisted on T.J. Oshie’s goal late in the second that cut the deficit to 6-3. Ovechkin’s 52nd point of the season put him one back of Edmonton’s Connor McDavid and Leon Draisaitl for the league lead.

NOTES: Bruins forward Trent Frederic was ruled out after the second period with an upper-body injury. Frederic collided with Ovechkin on his final shift. … Defenseman Charlie McAvoy returned after missing two games with a lower-body injury. … Boston defensemen Connor Clifton and Derek Forbort and Washington defenseman Dmitry Orlov and winger Carl Hagelin were added to the NHL’s COVID-19 protocol list.