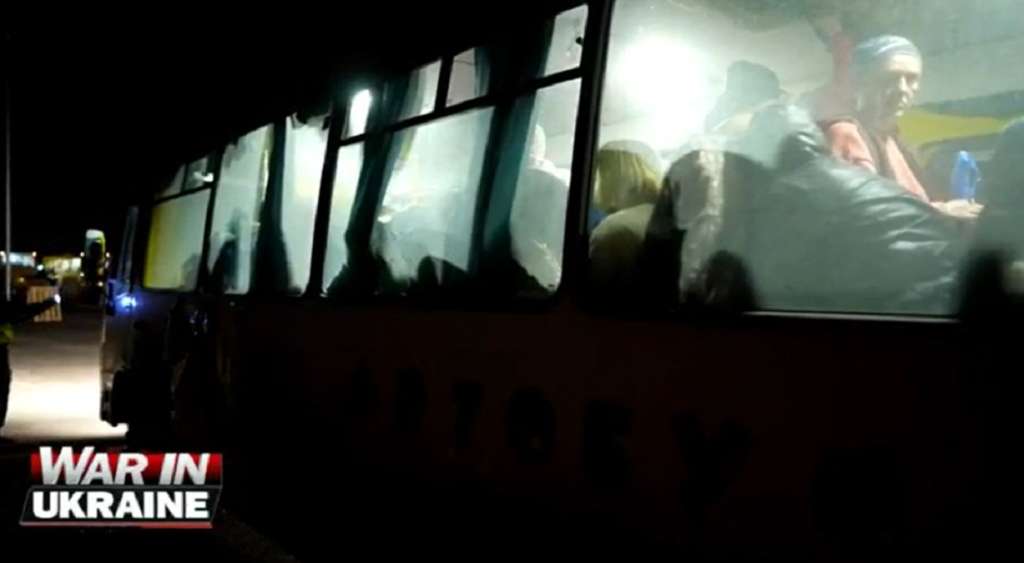 KYIV, Ukraine — The city council in the bombed-out southern Ukrainian city of Mariupol says Monday is the scheduled start date for a broad, U.N.-backed evacuation of its civilians, other than those sheltering at a steel plant.

The city council also confirmed Sunday in a social media post on Telegram that some civilians were being evacuated Sunday from the Azovstal steelworks that is the last Ukrainian defense stronghold in Mariupol. City officials note the support of the Red Cross and say the wider evacuation of the strategic port city was delayed by security concerns.

As many as 100,000 people are believed to still be in blockaded Mariupol, including up to 1,000 civilians who were hunkered down with an estimated 2,000 Ukrainian fighters beneath the Soviet-era steel plant. The plant is the only part of the city not occupied by the Russians.