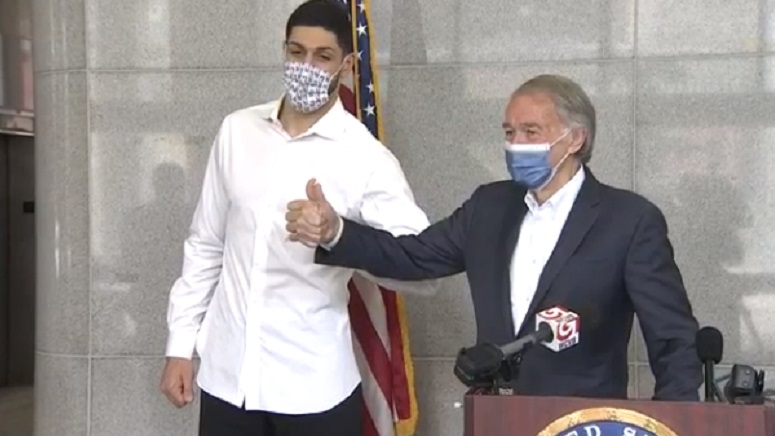 The pair are supporting legislation that condemns abuses that Markey said have intensified since an attempted coup in 2016. Kanter has spoken out against Turkish President Tayyip Erdogan and his father was imprisoned for seven years after supporting a political opponent, and Erdogan revoked Kanter’s passport four years ago and issued an arrest warrant for him.

“Human rights abuse has been going on in Turkey, it’s been almost eight, nine years and I hope this legislation will bring peace and freedom to my country,” Kanter said.

“The United States stands with civil society, journalists, political prisoners, and prisoners of conscience in Turkey,” Markey said. “When a government criminalizes dissent, we must speak out.”