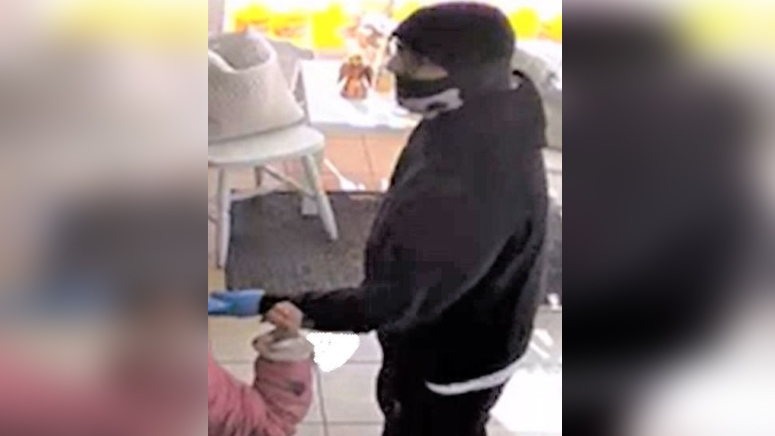 MARLBORO, MASS. (WHDH) - Police in Marlboro are turning to the public for help identifying an armed robbery suspect who remains on the run.

The robbery occurred at a business on Main Street near Cotting Avenue on Wednesday afternoon, according to the Marlboro Police Department.

The suspect fled the scene on foot but authorities were able to obtain surveillance images, which showed the man wearing a black hoodie, a black hat, a black mask pulled below his nose, and blue gloves.

Anyone who recognizes the suspect is urged to contact Marlboro police at 208-485-1212.