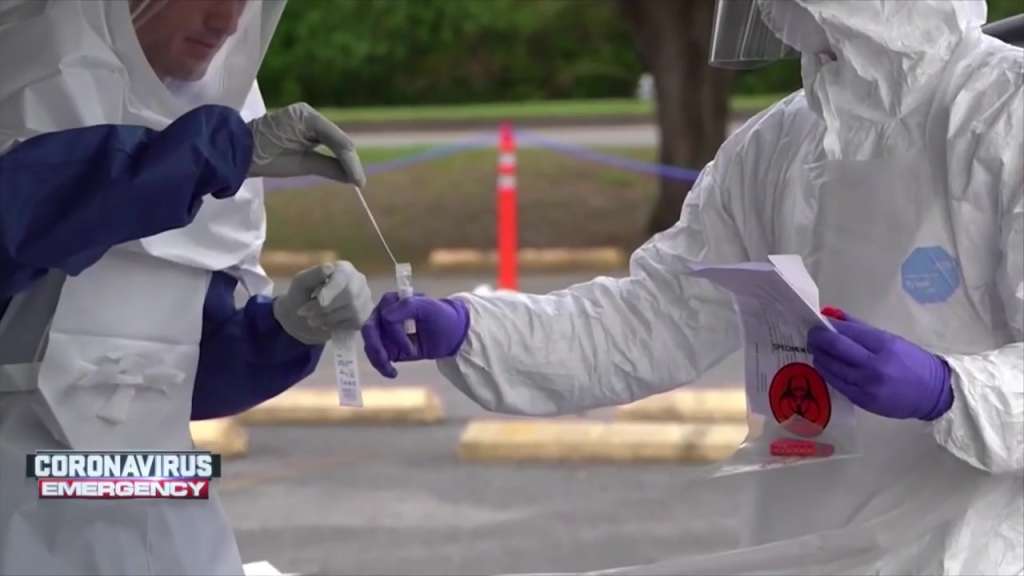 Massachusetts does have some of the CDC-developed nasal or oral swab tests designed to simultaneously detect COVID-19 and the most common flu strains, but the Baker administration has not yet determined whether or how to deploy them, a spokesman for the state’s COVID-19 Command Center said.

Gov. Charlie Baker on Thursday made a push for more people in Massachusetts to get a flu vaccine to prevent overburdening the health care system, which is bracing for a possible second surge of COVID-19 cases.

Baker did not mention the dual tests, which were granted emergency use authorization by the U.S. Food and Drug Administration in July, and a spokeswoman for his office did not answer the News Service on Thursday morning when asked whether Massachusetts received the dual tests or if the state intends to utilize such tests.

Later Thursday, a spokesman for the state’s command center confirmed that Massachusetts received a shipment of the dual tests from the federal government, but said the administration is “in the process of evaluating the best approach in collaboration with labs and other partners.”

The U.S. Centers for Disease Control said the dual tests are meant to “supplement and streamline surveillance for flu and COVID-19,” which share many similar symptoms.