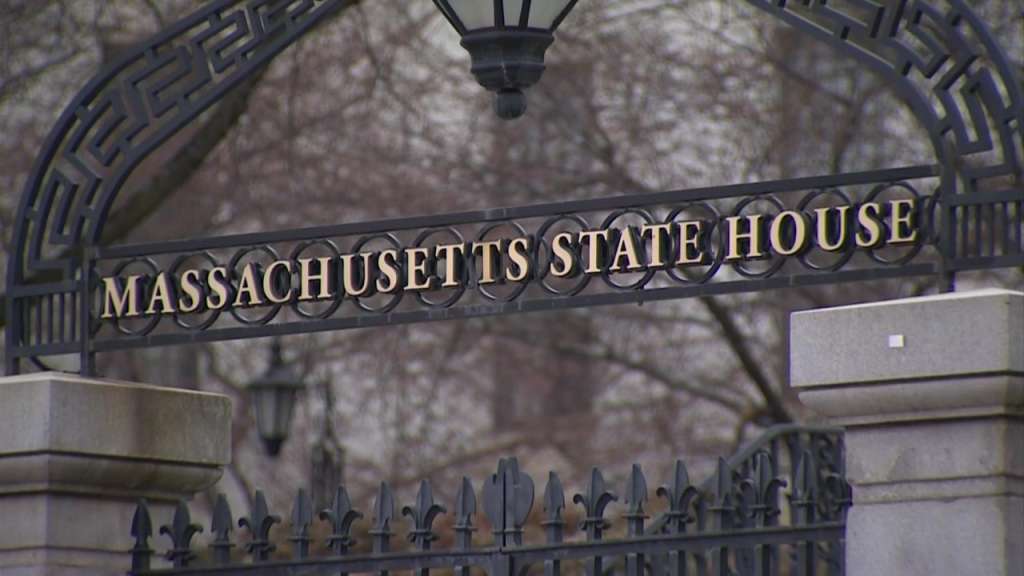 After two months of talks, House and Senate negotiators planned to file a compromise offshore wind and clean energy policy bill late Wednesday that they said represents “going all out” to connect to new sources of clean energy and then use it to power everyday life in Massachusetts.

Sen. Michael Barrett and Rep. Jeff Roy announced the climate accord a bit after 7 p.m. Wednesday, saying that the compromise legislation “preserves the central ideas of bills that each branch had passed separately.”

No conference committee report outlining the substance of the agreement had been filed with the House clerk’s office by the 8 p.m. deadline for the bill to be considered on Thursday, so the House and Senate would have to suspend their fair notice rules to take up the compromise then, as House Speaker Ron Mariano said is the plan.

“Tomorrow, we will act again on this issue by passing a bill that bolsters clean energy production, while creating thousands of jobs in the process,” the Quincy Democrat tweeted Wednesday night.

“Massachusetts needs to open up huge new sources of green electric power if it’s to stay on course for reducing emissions. Today’s compromise aims to ramp up clean power, especially offshore wind but also solar, storage and networked geothermal, and run it through cars, trucks, buses, and buildings, the biggest sources of emissions in the state,” Barrett and Roy said in a joint statement.

The House passed a bill in early March that was essentially a deep dive on offshore wind policy while the Senate adopted legislation in April that more broadly covered climate and energy policy touching upon offshore wind but also dealing with topics like climate resilience, solar policy and electric vehicles. The six-member conference committee had been ironing out the differences since its first meeting on May 20.

The House’s bill would have changed how the state procures an increasingly important resource, created new tax credits and incentives for offshore wind companies, imposed new environmental and fishing industry-related requirements on offshore wind projects, encouraged the modernization of the electrical grid, and jumpstarted training programs for offshore wind jobs. The Senate bill would have pumped $250 million into clean energy expansion, electric vehicle incentives, and electric vehicle charging infrastructure, and would have overhauled the offshore wind procurement process, required greater scrutiny on the future of natural gas, and allowed some cities and towns to restrict the use of fossil fuels in new construction.

While their legislation differed in scope, both Roy and Barrett said at the time that the bills they were passing were meant as sequel’s to the 2021 climate roadmap law that committed Massachusetts to achieving net-zero emissions by 2050.

“Last year’s climate bill was about laying out a plan for tackling this formidable challenge of climate change. This year, in this legislation, we propose to begin to execute on the plan. If you like metaphors, last year was about laying out a roadmap, today we start traveling down the road. That’s why this is all about implementation,” Barrett said at the time.

Roy told House colleagues that their bill was “the next step in this process” of putting Massachusetts in position to meet its emissions reduction requirements.

Clean energy and environmental advocates became increasingly vocal in recent weeks about the importance of the Legislature continuing its work on climate issues and the announcement of an agreement came hours after President Joe Biden made a stop in Somerset to tout the environmental and economic promise of offshore wind.

“We thank President Biden for issuing a call to action to the entire nation today,” Roy and Barrett said. “Massachusetts legislators hear him, and we’re going all out.”

Massachusetts has two offshore wind projects totaling about 1,600 megawatts under development and two more projects with contracts under review. If all four become operational — as is expected by the end of this decade — offshore wind will generate roughly 25 percent of Massachusetts’ current annual electricity demand, enough to power about 1.6 million homes, the Baker administration has said. Electricity demand is expect to rise sharply this decade as the state looks to move away from gas-powered vehicles and fossil fuel heating towards electric cars and electric heat.

If the House and Senate both approve the conference committee compromise Thursday, it would head to Gov. Charlie Baker’s desk. The governor’s 10 days of review would end on July 31, meaning that the Legislature could have only hours to review any gubernatorial vetoes or amendments and act on them before formal sessions are done.

While Baker has been a big supporter of the offshore wind industry, he vetoed a version of the last major climate package that the Legislature sent him. Last year, Baker filed his own bill to reshape how Massachusetts secures offshore wind and to invest $750 million from the American Rescue Plan Act to establish a clean energy investment fund that his office said would represent “the single largest investment in the clean energy economy in Massachusetts to date.”