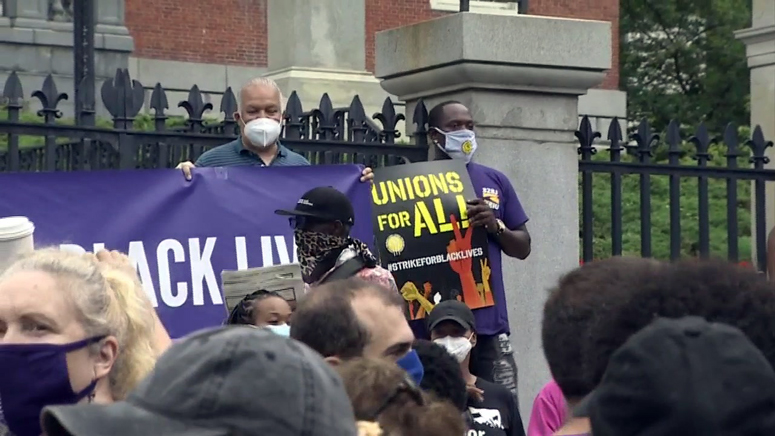 BOSTON (AP) — Labor union groups rallied Monday in front of the Massachusetts State House as part of a national day action meant to protest systemic racism and economic inequality that they say has worsened during the coronavirus pandemic.

Health care workers, janitors and other essential workers were among the 200 or so people who took part in the morning event, which was organized by the Service Employees International Union, which represents many of the workers.

The rally was part of the national “Strike for Black Lives” in which workers planned to walk off the job to attend rallies and other actions, though Boston organizers said most who attended the Statehouse rally had not walked off the job.

Rally organizers are also pushing for passage of racial justice-related bills in the state legislature before lawmakers recess at the end of the month.