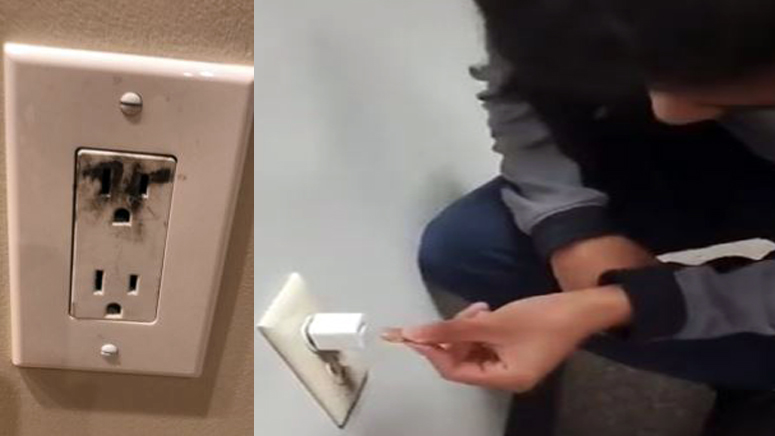 CANTON, MASS. (WHDH) - Officials in Massachusetts are warning parents of a new viral trend involving a penny and an iPhone charger that may result in house fires.

State Fire Marshal Peter J. Ostroskey released an advisory on Tuesday to inform the public of a new viral challenge involving teenagers who are partially inserting an iPhone charger into a wall outlet and sliding a penny down the wall onto the exposed prongs, causing sparks, electrical damage, and fires.

The challenge has appeared on the popular TikTok app. Recent fires at a home in Holden and at Westford High School have been directly linked to the new social media sensation, according to Ostroskey. A student who sparked a blaze at Westford Academy will reportedly face charges.

“Participating in any of these viral trends or challenges can be dangerous and have serious repercussions,” Canton Fire Chief Charles  Doody said in a news release. “We want parents to be aware of this trend so they can help to educate their kids about the danger and prevent possible fires, electrical damage or injuries.”

Doody also urged parents and children to discuss the dangers of certain online challenges, in addition to recognizing dangerous activity on the internet.