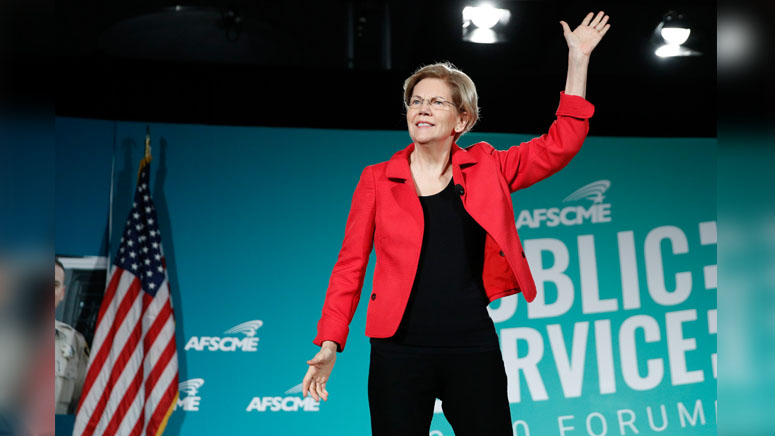 BOSTON (WHDH) - The Massachusetts Coalition of Police released a scathing statement earlier this week blasting Massachusetts Sen. Elizabeth Warren for the “dangerous and dehumanizing” comments she made about law enforcement on the fifth anniversary of Michael Brown’s death.

In a tweet on Sunday, Warren stated that Brown was “murdered by a white police officer in Ferguson, Missouri,” prompting the coalition’s president, Scott Hovsepian, to pen a letter in response to the presidential candidate’s “incorrect and inflammatory” statement.

“Your current statement infers that police officers are some violent roving gang of racist miscreants that are causing our society grievous harm,” Hovsepian wrote.

Hovsepian also defended the Ferguson Police Department after Warren tweeted that Brown “was unarmed yet he was shot 6 times,” saying the “Department of Justice found that there was no criminal intent” in the actions taken by police and that she should “stop referring to him [officer Darren Wilson] as a murderer.”

The DOJ under then-President Barack Obama declined to charge Wilson after determining the shots were fired as a result of Brown’s actions.

The shooting led to weeks of protests that included looting and violent confrontations between demonstrators and police officers.

“I stand with activists and organizers who continue the fight for justice for Michael. We must confront systemic racism and police violence head-on,” Warren added in her tweet.

Hovsepian went on to write that Warren’s labeling of law enforcement as “racist and violent” is a move that’s unacceptable and dangerous.”

Hovsepian also claimed that Warren’s “political pandering for presidential votes is getting police officers and citizens hurt and killed.”

The Massachusetts Coalition of Police understands that there are issues that need to be worked within communities, Hovsepian explained, but he also wrote that Warren should take time to consider the impact her comments have on society.