Mass. resident misses out on VaxMillions prize after failing to respond within 24 hours 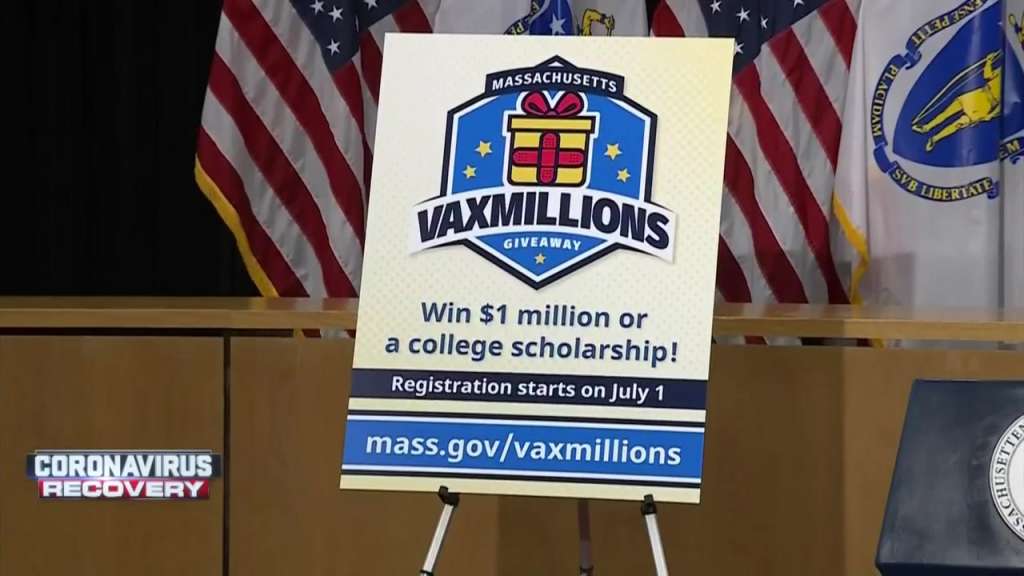 BOSTON (WHDH) - One Massachusetts resident recently missed out on a $1M Vaxmillions Giveaway prize after failing to respond within 24 hours of when their name was drawn.

Five giveaways were held every Monday between July 26 and Aug. 23, awarding $1 million to a fully vaccinated adult and a $300,000 college scholarship grant to a resident between 12 and 17 years of age.

An official noted that all but one of the winners announced was the first winner contacted for their respective drawing and age group, and in the case of the one winner who was not, the first individual contacted did not respond within the 24-hour period.

When the fifth and final drawing was made on Monday, there were 2.5 million total registrants.

It’s not clear which winner was selected after the initially-picked resident failed to respond in time.

The winners of the fifth drawing are slated to be announced on Thursday morning.