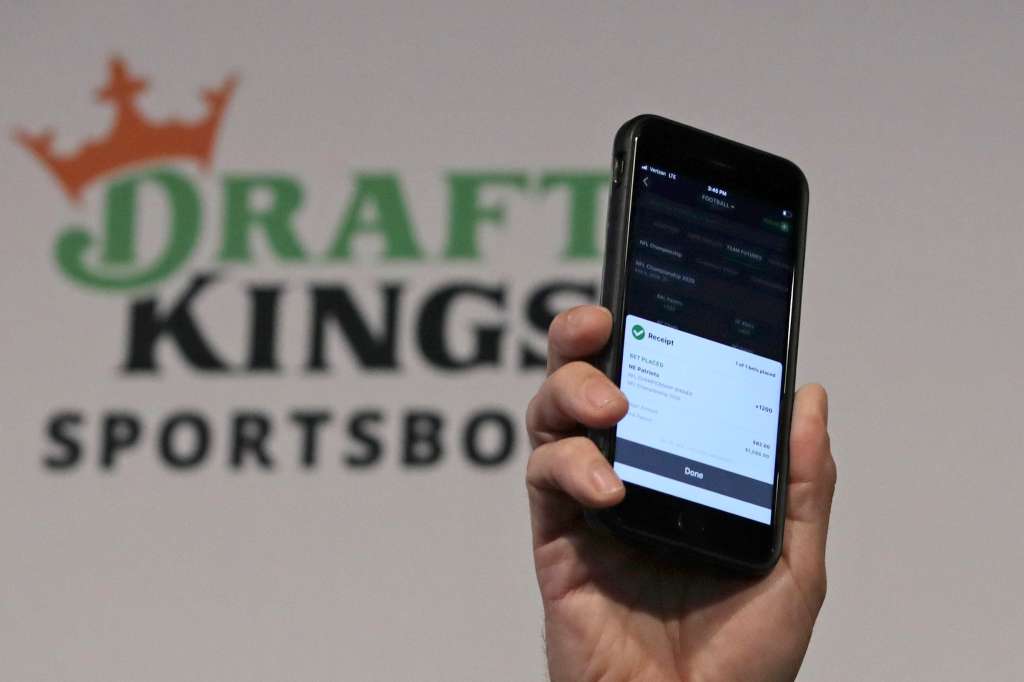 Sports betting does not feature on Senate President Karen Spilka’s list of priorities for the fall lawmaking rush, and a string of high-profile incidents on the MBTA did not appear to move the Senate leader’s needle on transportation funding.

In a Thursday interview where she outlined the Senate’s fall agenda, Spilka said she is “not certain that there’s a need for even more money” to address transportation issues and indicated the chance of Senate action to allow gambling on sports will depend on available “bandwidth.”

Spilka told the News Service there are five topics the Senate hopes to tackle in the next six weeks before formal legislative business pauses again, this time until the new year: spending state government’s cache of American Rescue Plan Act funding, a budget to close the books on fiscal year 2021, election reforms, mental and behavioral health parity, and redrawing political district lines.

Asked if sports betting legislation would feature this fall, Spilka said the Senate Ways and Means Committee “is looking at it.”

“We have to do redistricting, we have to close out the books and do a supp budget, we need to do a more permanent VOTES act, our temporary (provisions) end in December,” she said. “Some of it will depend upon bandwidth and how it stands.”

The House approved sports betting legalization in July, the second time representatives have taken such a vote, but the Senate for years has passed on opportunities to endorse or outright reject the idea, even as almost every other New England state implemented its own system.

On the transportation front, the Ashland Democrat indicated she does not see an urgent need for action. Supporters of MBTA improvements have seized on recent events to push for action, noting the past three months have featured a Red Line derailment, an escalator malfunction that left people injured at Back Bay station, a deadly fall from a closed MBTA stairwell, and a Green Line crash.

Spilka pointed to the multi-year transportation borrowing bill Gov. Charlie Baker signed in January, which will steer billions of dollars toward modernization and expansion projects at the T. She said she “can understand the public feeling that more needs to be done,” but argued the focus should be on getting already-approved bond dollars out the door.

Lawmakers sought to increase the per-ride fees on transportation network companies such as Uber and Lyft in that bill, but Baker scrapped that language as he sliced up the legislation with vetoes.

Since then, legislative leaders have moved on to other issues and have not signaled any interest in returning to the topic of ride-hailing fees or other forms of transportation revenue.

Further muddying the chances of action is the recent departure of Sen. Joseph Boncore, who co-chaired the Transportation Committee before he resigned to take the top job at the Massachusetts Biotechnology Council. Spilka has not indicated if she plans to tap another senator to lead the Transportation Committee or leave those duties to its Senate vice chair, Sen. John Keenan of Quincy.

Spilka brushed off the idea of increasing the gas tax or hiking fees on ride-hailing apps to fund additional transit investments, pointing out that transportation and education needs stand to gain funding if voters approve a 2022 ballot question imposing an income surtax on wealthy households.

“If we’ve already authorized more than $16 billion, I don’t know why we would increase taxes or revenue unless we need it,” she said. “We have the millionaire’s tax on the horizon as well that would go toward transportation, so that, I think, is the way to go.”

Her skepticism lands more than a year after the Senate effectively spiked a House-approved package of transportation taxes and fees, and it could put a damper on the growing calls for legislative action in light of the latest upheaval on the T.

At the same time that Spilka was unveiling election reform legislation near the State House’s Ashburton Park entrance, a coalition of transportation advocates and riders rallied around the corner on the building’s front steps, calling for immediate action by lawmakers and Gov. Charlie Baker to revamp MBTA oversight, generate new revenues and accelerate improvements.

Baker has also pushed back on criticism of the MBTA, on Wednesday declaring the system “safe” in the wake of a Red Line derailment and citing “historic investments” in the system under his watch.

The Senate plans to debate and vote next week on the election reform bill Democrats rolled out Thursday, and the timeline for Spilka’s four other priorities remains unclear.

Baker filed a FY21 closeout supplemental budget in August, proposing to spend about $1.57 billion in surplus tax collections after revenues for the year surpassed expectations by roughly $5 billion. That bill (H 4078) is sitting before the House Ways and Means Committee, though lawmakers already sliced off and approved one section extending a COVID-19 emergency paid sick leave program.

Lawmakers will likely try to made significant progress on crafting new political districts in October, given that state representative candidates need to live in a district for a full year when elected. Sen. William Brownsberger, one of the lawmakers leading the redistricting effort, told the News Service on Thursday he expects to release maps “soon” but didn’t offer a specific time frame.

The forthcoming mental health and behavioral health care bill will likely revisit many of the reforms senators approved in February 2020 as part of a bill that never emerged for a vote in the House before the session ended.

Spilka said senators have also been weighing how to “make it more comprehensive” than the last proposal, highlighting workforce development in the industry as a key focus this time around.