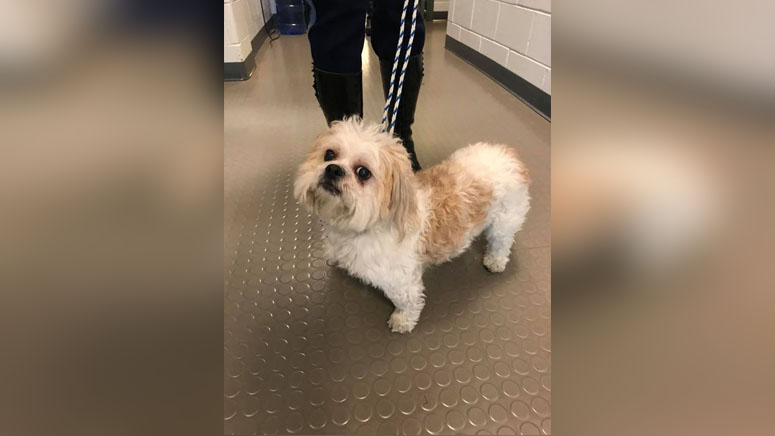 DARTMOUTH, MASS. (WHDH) - The state police barracks in Dartmouth had an unexpected visitor on Wednesday when a trooper picked up a lost dog on the side of a busy roadway.

Concerned drivers called police when they spotted the furry friend wandering along the side of Interstate 195 near where it intersects with Route 140 in New Bedford, according to a post on the state police Facebook page.

A trooper was able to locate the dog and get it into their cruiser unharmed.

New Bedford Animal Control later stopped by to pick up the wayward pooch and reunite it with its owner.