Mass. state trooper escorts woman in labor to hospital after stopping vehicle traveling over 100 mph on I-91 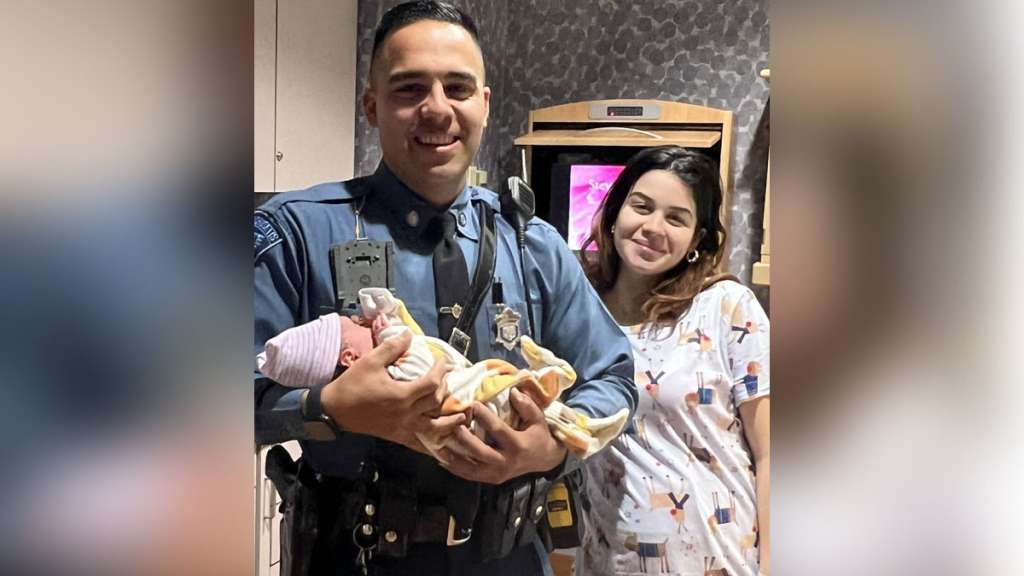 SPRINGFIELD, MASS. (WHDH) - A Massachusetts state trooper got an unexpected surprise when he pulled over a speeding vehicle on Interstate 91 on Thursday–inside was a woman in labor whose water had broken.

After stopping a car traveling over 100 mph on I-91 southbound in West Springfield around 12:30 p.m., Trooper Jose Cabrera spoke with the driver who explained his girlfriend was in labor, according to state police.

Upon learning this information, Cabrera immediately requested an ambulance through the Springfield Barracks desk officer. However, the trooper was informed that all nearby ambulances were busy responding to other calls, state police said.

Thinking quickly, Cabrera decided to expeditiously escort the mother-to-be to the hospital in the back of his cruiser with the father-to-be following behind them.

He safely delivered the mother-to-be to Mercy Hospital where she delivered a healthy baby boy a short time later.