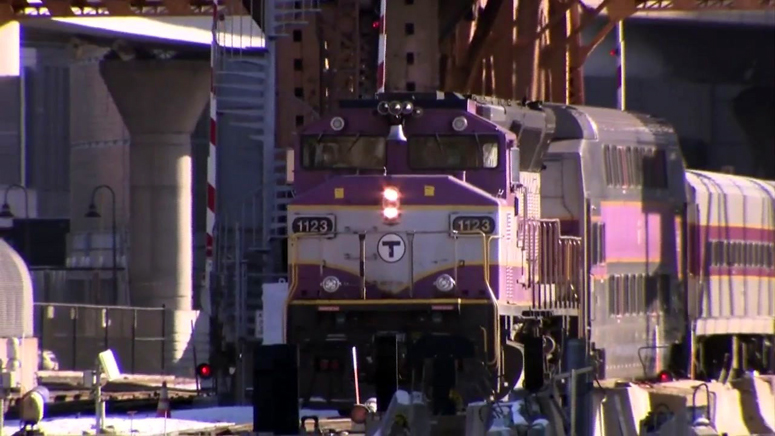 The MBTA will reshape its commuter rail schedule this spring, sanding down the morning and evening peaks and reallocating trains to run on more even intervals over the course of the day, officials said Monday.

While announcing that the next round of service cuts affecting the T’s bus and subway lines will take effect March 14, MBTA higher-ups unveiled plans to “smooth out” service on the 12 commuter rail lines in an attempt to support new travel patterns in the era of COVID-19.

The commuter rail plan that takes effect April 5 will deploy fewer trains during the traditional rush hours and add frequency at other times, which officials described as a step toward a “regional rail” model that many riders and advocates have sought.

Most lines will run a train inbound or outbound roughly once per hour over the course of the day under the new system, according to MBTA Deputy General Manager Jeff Gonneville. Final schedules will be published in March.

Officials believe moving from a peak-heavy approach to one with more even amounts of service will both cut costs and better fit rider demand as travel patterns evolve in response to the COVID-19 pandemic.

“It really is a new pattern, a new model for what we think is going to be a good way to one, attract back customers as they begin coming back to the workplace,” Gonneville said at an MBTA board meeting. “The other thing is that it also could potentially attract new riders, which is what we’re hoping, that will come to the commuter rail system now having regularly intervaled trains throughout the service day.”

Gonneville said early estimates indicate the plan could save $30 million per year.

Commuter rail operator Keolis will use about a dozen fewer train sets under the new schedule while boosting efficiency, according to a spokesman. Officials said the plan gives flexibility to increase service if ridership grows as the public health outlook improves.

“We’re pleased to help the MBTA strike a balance between the need for greater cost efficiencies, while still providing an attractive service for potential riders,” Keolis CEO and General Manager David Scorey said in a statement. “This shift recognizes that fewer and fewer people commute 9-5. We plan to offer a schedule that can attract an entirely new type of rider and offers flexibility to add service when the time is right.”

The T also backed away from ending commuter rail service earlier on weeknights, a feature of an earlier plan, with its spring schedule. Most lines will run a final train departing Boston around 11 p.m. instead of ending by 9 p.m., partly thanks to federal stimulus funding that helped close the agency’s massive budget gap.

In November 2019, the FMCB unanimously called for the MBTA to pursue a long-term transformation of the commuter rail network, including electrification of the system and more frequent service during the day.

Board chair Joseph Aiello praised the schedule shuffle, arguing that the commuter rail system costs too much to serve too few people. He complimented the staff for placing the word “commuter” in quotation marks in a slide at Monday’s meeting.

“How about we just abandon the word ‘commuter’ and just call it regional rail? That’s where we’re headed,” Aiello said. “This is really the first major move, operationally, to that. That’s likely the future. We may see a peak return to it, but what you’ve laid out here for this next step is likely to reflect the kind of service that people are going to need, that people are going to rely upon.”

Another set of cuts the Fiscal and Management Control Board approved in December will hit riders next month.

Those add to 11 routes that have already been shuttered and others that have been consolidated.

Two of the routes, the 18 and 55, could impact students of Boston Public Schools as the district works to resume in-person learning. MBTA General Manager Steve Poftak said Monday that the district will contact families of affected students to notify them and recommend alternatives.

Overall, the MBTA will operate about 90 percent of pre-COVID service hours on buses once the March 14 changes take effect, Poftak estimated. Almost 80 routes will keep running at or near pre-pandemic levels, while more than 20 will have frequency boosted.

The first set of service cuts rolled into effect on the commuter rail in January, halting weekend service on seven lines.

MBTA officials have not disclosed how much money the agency will save with the full package of changes. The FMCB approved the plan after months of heated debate and public outcry, aiming to save money while ridership is significantly lower during the pandemic and build a cushion against several years of forecast budget deficits inflicted by evaporating fare revenue.

However, many lawmakers and activists have argued unsuccessfully that T does not need to impose cuts because of the sizable chunk of federal aid it has received, including $250 million in the most recent package.