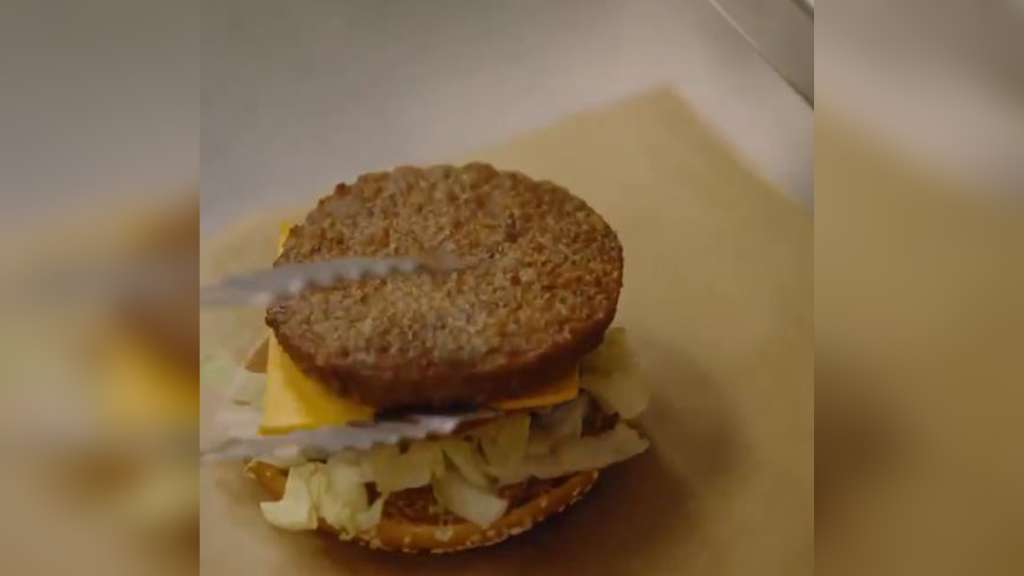 McDonald’s will begin selling a vegan burger in the United Kingdom and Ireland this month.

The McPlant burger, developed with Beyond Meat, features a plant-based patty on a vegan sesame bun with vegan cheese, vegan sauce and other toppings. Both the patty and cheese are made with pea protein.

The Chicago-based burger giant said Thursday that vegan burgers have appeared on menus in some of its regions before. But this is the first time a vegan burger __ accredited by the Vegetarian Society __ will be sold by McDonald’s in the U.K. and Ireland.

The company said it decided to make the McPlant vegan to meet customer expectations in the U.K. and Ireland. It has not said when the McPlant will go on sale in the U.S.

McDonald’s announced its partnership with El Segundo, California-based Beyond Meat in February. It has also tested the McPlant burger in Denmark, Sweden and Austria, but in all of those markets, McDonald’s used regular cheese and mayonnaise, so the sandwich wasn’t vegan.