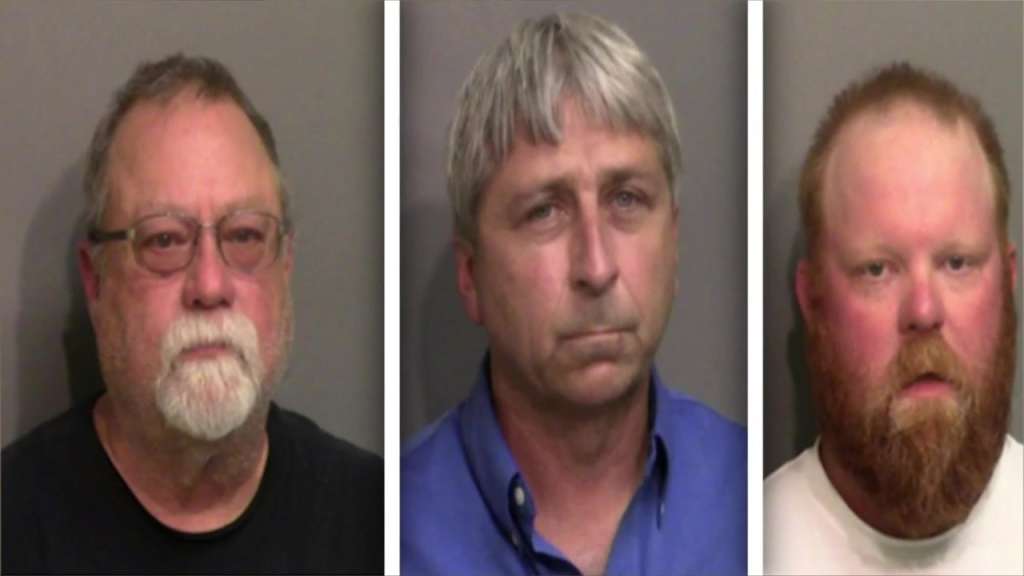 BRUNSWICK, Ga. (AP) — Three white men face sentencing by a judge Friday roughly six weeks after being convicted of murder for chasing a running Ahmaud Arbery in pickup trucks, cutting off the unarmed Black man’s escape and fatally blasting him with a shotgun.

The guilty verdicts handed down the day before Thanksgiving prompted a victory celebration outside the Glynn County courthouse for those who saw Arbery’s death as part of a larger national reckoning on racial injustice.

Testimony in court will likely be more sorrowful Friday, when members of Arbery’s family are expected to bare their grief and loss to the judge before he imposes punishments on father and son Greg and Travis McMichael and their neighbor, William “Roddie” Bryan.

“The day has finally come that we will get justice,” Arbery’s mother, Wanda Cooper-Jones, told reporters outside the courthouse before the hearing. “The day that my family and I have prayed for has finally come.”

Murder carries a mandatory sentence of life in prison under Georgia law unless prosecutors seek the death penalty, which they opted against for Arbery’s killing. For Superior Court Judge Timothy Walmsley, the main decision will be whether to grant the defendants an eventual chance to earn parole.

Either choice amounts to a stiff sentence. Even if the judge allows a possibility of parole, the McMichaels and Bryan will have to serve at least 30 years in prison first.

For Travis McMichael, who is 35, “that could make a significant difference,” said Page Pate, an Atlanta criminal defense attorney who isn’t involved in the case. “For the two older guys, it’s effectively a full life sentence.”

All three men were also convicted of aggravated assault, false imprisonment and criminal attempt to commit false imprisonment. Maximum prison terms for those counts range from five to 20 years. The judge was likely to allow those additional penalties to be served simultaneously with the life sentences for murder.

The McMichaels grabbed guns and jumped in a pickup truck to chase the 25-year-old Arbery after spotting him running in their neighborhood outside the Georgia port city of Brunswick on Feb. 23, 2020. Bryan joined the pursuit in his own truck and recorded cellphone video of Travis McMichael firing close-range shotgun blasts into Arbery as he threw punches and grabbed for the weapon.

The killing went largely unnoticed until two months later, when the graphic video was leaked online and touched off a national outcry. The Georgia Bureau of Investigation took over the case from local police and soon arrested all three men.

Defense attorneys argued that the McMichaels were attempting a legal citizen’s arrest when they set off after Arbery, seeking to detain and question him after he was seen running from a nearby home under construction.

Travis McMichael testified that he shot Arbery in self-defense. He said Arbery turned and attacked with his fists while running past the truck where McMichael stood with his shotgun.

At the time of his death, Arbery had enrolled at a technical college and was preparing to study to become an electrician like his uncles.

Defense attorneys have said they plan to appeal the convictions. They have 30 days after sentencing to file them.

Next month, the McMichaels and Bryan face a second trial, this time in U.S. District Court on federal hate crime charges. A judge has set jury selection to begin Feb. 7. Prosecutors will argue that the three men violated Arbery’s civil rights and targeted him because he was Black.