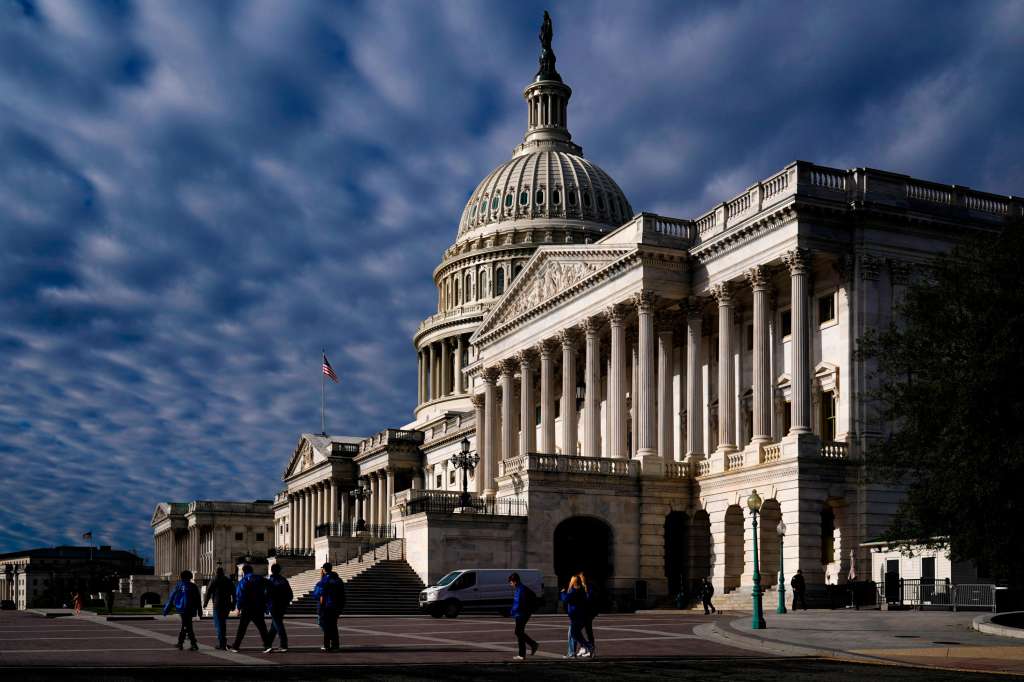 The United States is on the brink of a retirement crisis. The primary savings tool for Americans -- your 401(k) -- isn't helping. (J. Scott Applewhite/AP)

Ask a man about gender equality, and you’re likely to hear the U.S. has made great strides in the 50 years since the landmark anti-discrimination law Title IX was passed. Ask a woman, and the answer probably will be quite different.

According to a new poll by The Associated Press-NORC Center for Public Affairs Research and the National Women’s History Museum, most U.S. adults believe the country has made at least some progress toward equality for women since 1972. That’s the year Congress passed Title IX, a one-sentence law that forbids discrimination based on sex in education. But there are sharp differences in opinion over just how much headway has been made and in what facets of life.

Some of the widest divisions are, perhaps unsurprisingly, between men and women: 61% of men say the country has made a great deal or a lot of progress toward gender equality, while 37% of women said the same, according to the poll.

Women were more likely to point to only some progress — 50% held that view — while 13% said the country has made just a little or no progress.

“We’ve fought a lot, we’ve gained a little bit, but we haven’t really gained equality,” said Brenda Theiss, 68, a retired optician in Vinemont, Alabama. Progress that started in the ’70s seems to have stalled, she said, with continued wage gaps and battles over women’s reproductive rights.

Passed in the wake of other seminal civil rights laws, Title IX was intended to expand protections for women into the sphere of education. Today it’s often known for its impact on women’s sports and the fight against sexual harassment and assault.

As the nation approaches the law’s 50th anniversary, most Americans have positive views about it. Sixty-three percent said they approve of the law, including majorities of men and women. Only 5% did not approve of it, while the rest said they were neutral or not sure.

But Americans are split along several faults when it comes to assessing advancements.

Along with men, Republicans are also more likely to see a great deal or a lot of progress, with 65% holding that view. Among Democrats, 39% said the same.

Among women, those 50 and older are more likely than their younger peers to see a great deal or a lot of progress in specific facets of life, such as in leadership, employment and education opportunities.

Milan Ramsey, 29, said it’s “remarkable how far we have come considering how unequal it still feels.”

She says sexism is hard to avoid in today’s society, whether it’s in unequal access to health care or in everyday slights like getting catcalled. But she knows it has been worse. Once, looking at her mom’s childhood photos, her mom pointed out a pair of pants that she said was her first pair ever.

“She remembers that because they weren’t allowed to wear pants until she was like 7 in public school,” said Ramsey, of Santa Monica, California.

As a young girl growing up in the ’70s, Karen Dunlap says she benefited from Title IX right away. Soccer leagues for girls started springing up for the first time, she said. Her mom rushed to sign her up.

“I really felt the immediate difference as a kid,” said Dunlap, of Vancouver, Washington. “But at the same time, it didn’t stay that way.”

Dunlap went on to compete in swimming and water polo at Pomona College in California, and she credits Title IX for the opportunity. It also ensured the school gave enough money for racing swimsuits and a team van, she said. But in the classroom, some male professors referred to her as a “coed,” and some seemed to look down on female students, she said.

Later, when her daughters went to college, Dunlap was disappointed to see them fighting familiar battles. When one of her daughters applied for a job at a campus dorm, she was told she was too much of a “typical cheery girl” for the position. She ended up leaving the school and graduating elsewhere.

“The push for equality has been around long enough that it should have worked,” Dunlap said. “There should be some difference.”

According to the poll, Americans think the impact of Title IX has been stronger in some areas than others. More than half said it has had a positive impact on female students’ opportunities in sports, and about as many said that about opportunities in education overall.

At the same time, there’s evidence that not all Americans clearly understand the law. About a third said they were unsure whether Title IX has had an impact on them personally, and about a quarter or more were unsure of its impact in other areas.

The law is commonly misunderstood in part because its application is so broad, said Shiwali Patel, senior counsel at the National Women’s Law Center. In addition to its role in sports, it also has been used to protect against discrimination and harassment in college admissions, financial aid, campus housing and employment, among other areas.

“I don’t think people really understand the full breadth and scope of Title IX,” she said. “It’s only 37 words long, but it’s extremely broad. It covers so much.”

Patel said it’s important to acknowledge Title IX has brought meaningful advancements. More women are getting scholarships, participating in college sports and landing faculty jobs. But there has also been resistance to continued improvement, especially in the fight against sexual harassment and violence, she said.

“We are at a moment of real challenge, and we still haven’t gone far enough,” Patel said.

The law’s anniversary approaches as the Biden administration prepares new rules detailing how schools and colleges must respond to sexual harassment. The regulation, which would serve as an extension of the 1972 law, is expected to roll back a set of Trump-era rules and expand the rights of victims of sexual harassment and assault.

Among other findings, the poll also revealed Americans don’t think all women have felt progress equally. About half of respondents said white women have seen a great deal of progress, but only about a third said the same for women of color or LGBTQ women. Only about a quarter said there’s been great progress for low-income women.

Still, to 67-year-old David Picatti, it feels like the push for gender equality has largely succeeded. When he was an engineering student in college, he remembers his program “clamoring” to recruit women, who are underrepresented in many science fields. More recently, he has had female cousins receive full scholarships to play college sports.

“I think there have been a lot of strides and it’s a fairly equal playing field,” said Picatti, of Yakima, Washington.

Sarah Brown says it’s far from equal. The 70-year-old in New Orleans acknowledged some progress — her daughter earned a master’s in business from Harvard University in the 1980s as the program was recruiting more women — but she still sees discrimination.

A retired accountant, Brown has been discouraged by recent battles over abortion rights, and she has been appalled by sexual assault scandals at Louisiana State University and other colleges across the country. It seems like progress made in the past is being eroded, she said.

“Of course not,” she said. “Women know how it really is to be a woman and men don’t. Men think that women have it better than they truly do.”

The poll of 1,172 adults was conducted May 12-16 using a sample drawn from NORC’s probability-based AmeriSpeak Panel, which is designed to be representative of the U.S. population. The margin of sampling error for all respondents is plus or minus 4.0 percentage points.