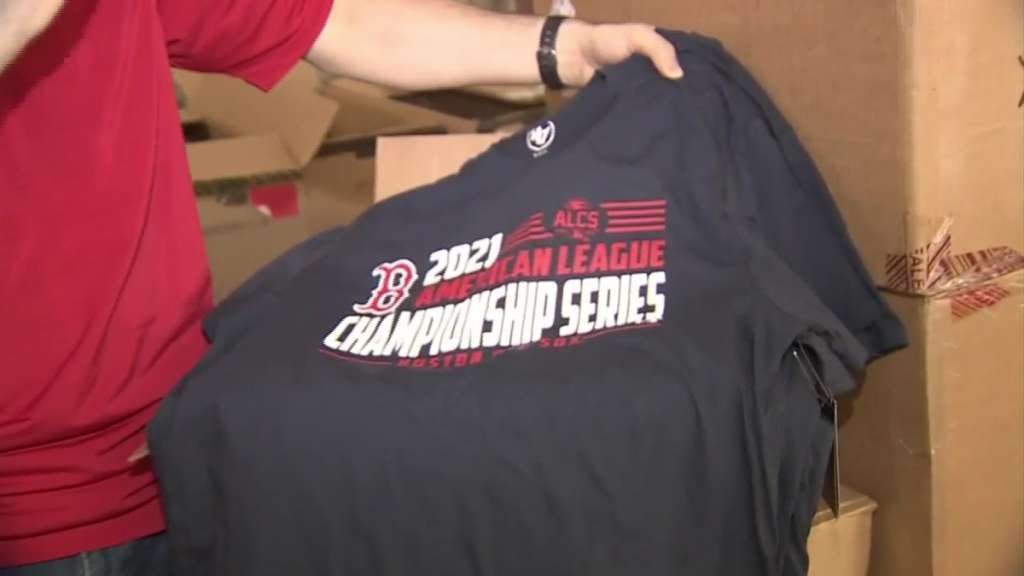 BOSTON (WHDH) - Red Sox fans are feeling the momentum as the team heads into the next series and souvenir shops are getting ready for a rush of buyers looking to get their hands on memorabilia to commemorate this amazing postseason.

Manager Tim Petit gave 7NEWS a rare look inside the inner sanctum at the Red Sox Team Store that sits in the shadow of historic Fenway Park.

“The demand really explodes as they go on and on,” he said.

It has been all hands on deck since Monday night’s walk-off win that sent the Sox into the ALCS. But it was not until Tuesday night that fans find out that Boston would be taking on the Houston Astros.

“You basically just don’t stop. Every day is another order, another press run,” Petit said when asked how he keeps up with the demand. “Whatever we need to do to get stuff in here.”

Into the warehouse and then to the store as fast as possible, where all of a sudden there has been merchandise madness.

The championship shirts and hats are out now for fans looking to gear up for the game and Pettit said it has been a pretty nice shot in the arm for business.

“This really has helped our business bounce back up,” he said. “I can’t say enough about how good it is to be busy and selling back to how we used to be.”

So he says they will keep churning out Sox stuff as long as this team keeps winning.