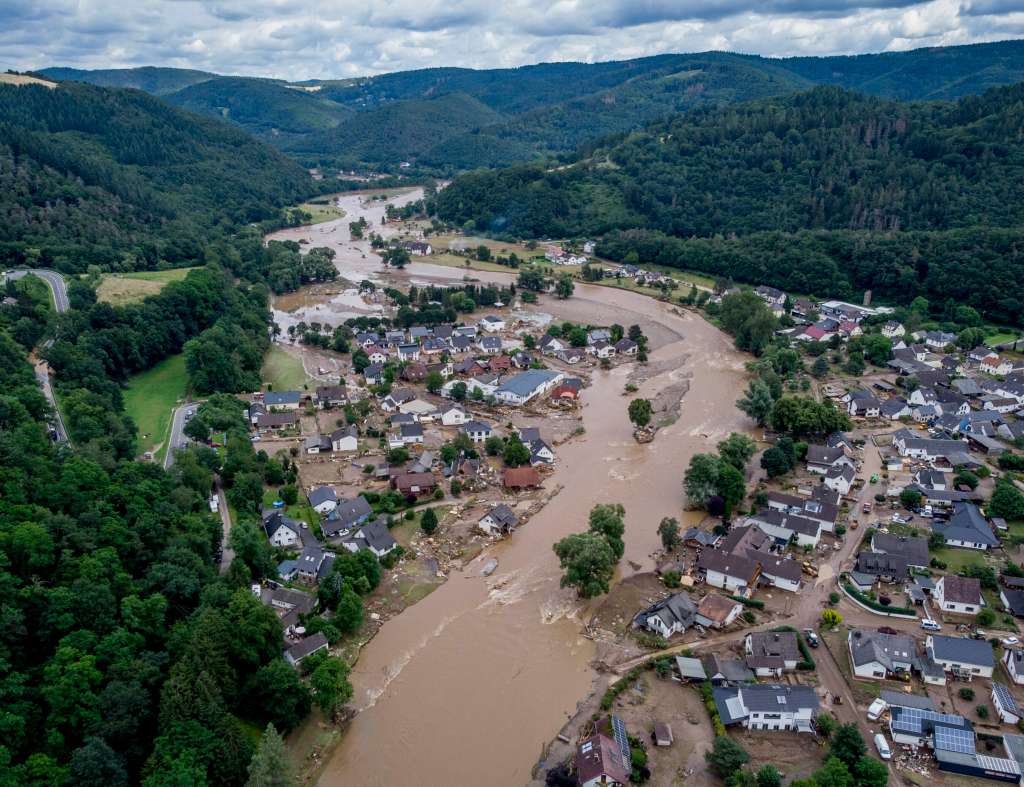 The Ahr river floats past destroyed houses in Insul, Germany, Thursday, July 15, 2021. Due to heavy rain falls the Ahr river dramatically went over the banks the evening before. (AP Photo/Michael Probst)

BERLIN (AP) — Despite Germany’s commitment to rebuilding, it will take a long time until the regions damaged by devastating floods in July are put back together, German Chancellor Angela Merkel said Sunday as she toured places badly damaged by the floods.

Merkel visited a bridge in Hagen that was destroyed but has been nearly rebuilt and talked to firefighters in the Sauerland region who had lost two colleagues during rescue efforts in July, the German news agency dpa reported.

More than 180 people died in Germany and hundreds more were injured in the July 14-15 floods, which also claimed lives in neighboring Belgium. Heavy rainfall turned small streams into raging torrents, sweeping away houses, bridges and cars.

Merkel was accompanied by Armin Laschet, the governor of North Rhine-Westphalia state, who is also the center-right Union bloc’s candidate hoping to succeed Merkel as chancellor in Germany’s parliamentary election on Sept. 26. Merkel is not running again for office again after almost 16 years as chancellor.

Laschet vowed that his government will take care of the places and people most affected by the floods’ damage “so that they can live in their own homes again.” He promised to help reconstruct kindergartens and schools and get factories ready so that workers can go back to work.