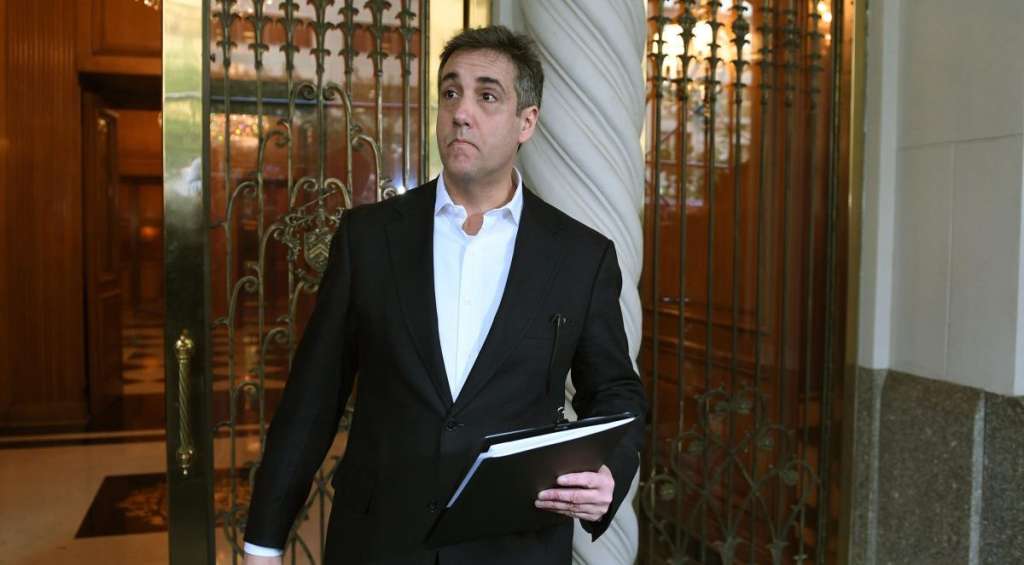 (CNN) — Michael Cohen is about to be a free man.

Monday morning Donald Trump’s former personal attorney and self-described fixer will officially be released from his three-year prison sentence — the past year-plus of it served from his posh Park Avenue apartment.

Cohen has been counting down the days, literally, on his Twitter feed with a chalk board and dwindling numbers.

“Three and FREE! Come Monday morning, I head to 500 Pearl Street, sign my release papers and then we celebrate together on @instagram,” he tweeted Thursday to his 500,000-plus followers.

Cohen’s release after pleading guilty to nine federal crimes marks a rebirth for a man who once berated and bullied anyone he perceived as critical of Trump.

He remained loyal during the special counsel investigation into the 2016 election, staying true to the idea that he would take a bullet for Trump. But that all changed after the April 2018 FBI raid on his home, office and hotel room at the Regency in New York.

Cohen pleaded guilty to nine federal crimes including tax fraud, lying to Congress and campaign finance violations for helping pay off two women who threatened to go public with past alleged affairs with Trump just before the 2016 election. Trump has denied the affairs.

During his guilty plea in a courtroom in lower Manhattan, Cohen pointed the finger directly at Trump, solidifying their split, saying he facilitated the payoffs “in coordination with and at the direction of” Trump. He then pleaded guilty a second time, several months later, for lying to House committees investigating interference in the election, which he also said he did at the direction of Trump.

Cohen sought to remake his image as a new man, one who had finally broken free from the spell Trump held over him. Setting a course to exact his rebirth and revenge, he testified before Congress, alleging Trump and the Trump Organization manipulated the value of his assets to get better loans and insurance and to minimize their taxes. In the wake of his testimony, civil and criminal investigations were launched in Manhattan. Cohen has meet with New York district attorney prosecutors multiple times. In July, the Trump Organization was indicted on state charges alleging a 15-year tax fraud scheme. Trump Organization has pleaded not guilty and the investigation is continuing.

Cohen, who always courted the media, was met by a throng of reporters ahead of reporting to serve his sentence at the Otisville prison camp, which had been named one of “America’s 10 cushiest prisons.” In a parting shot, he promised Trump that he would not stay silent.

At Otisville, Cohen worked on the prison’s heating, ventilation and air conditioning systems and built a rapport with fellow inmates, including Mike “The Situation” Sorrentino of MTV’s “Jersey Shore.”

After several attempts, Cohen was released from prison in May 2020 due to the pandemic only to have that reversed when Cohen reported to the courthouse to finalize his transition to home confinement. When he objected to many of the conditions he was taken into custody.

Cohen sued, alleging the Justice Department, under attorney general William Barr, had retaliated against him because he was planning to write a tell-all book about Trump. A federal judge agreed and Cohen was released to home confinement in July 2020.

Since then, Cohen has released his book, launched a podcast and frequently appears on cable TV from his apartment to bash the former president.

Cohen declined to comment to CNN. But as he plots his next moves the tabloids will likely follow suit. Twice last month, the New York Post’s Page Six spotted him having coffee with Kayne West at the Regency hotel.